When you hear the name Fed Ex, what do you think? Overnight delivery? What about when someone mentions a chocolate bar? You think Hershey’s. These are two large companies who used the powerful Law of Focus by finding one word they own in the prospect’s mind. Neither of these words is difficult and aren’t fictitious. They are simple words taken straight from the dictionary that prospect’s will have an easy time remembering. 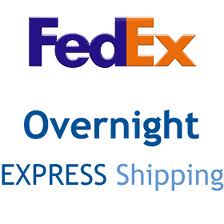 The law of focus states you find your way into the prospect’s mind by narrowing the focus to a single word or concept. As a fitness business owner you may be inclined to brag about your business and everything you have to offer but companies like Fed Ex are known world-wide because of the one word they landed in the prospect’s mind, overnight. When a consumer needs to ship a product quickly or overnight who do they think of? Fed Ex offers many other services, but they made the ultimate marketing sacrifice by focusing on one component, overnight package delivery. They used the most powerful concept of marketing; owning a word in the prospect’s mind.

If you reflect back to the law of leadership (it’s better to be first than to be better) it enables the entrepreneur to own a word in the prospect’s mind. So, if you’re first to get into the prospect’s mind you become the leader and own the word that stands for the category. Example: IBM owns “computer”, Xerox owns “copier”, and Coke owns “cola”. A perceptive leader will go even further to cement its position. Example: Heinz owns the word “ketchup” but they emphasize how “slowly” the ketchup pours implying thickness, which consumers then translate to quality.

When creating your word make sure it is available in your category and that no other business has a grasp on it. You don’t have to be an English major to find the winning word. Simple and relevant are the most effective ones. Try to stick to one word if possible. If your word provides a strong benefit for the prospect, often times they give your word more benefits. Example: A “safer” car implies better design and engineering.

We’ve talked about the importance of owning a word but a successful entrepreneur knows he has to keep raising the bar to continue with success. The original word branded in your prospect’s mind will not last forever and therefore might require changing or the addition of another word. Example: for Verizon Wireless, the word is “coverage” but they added additional words to get into the prospect’s mind; “Can you hear me now?” We have heard the commercial numerous times and use it generically when someone can’t hear us. This was a brilliant move by Verizon.

One thing to avoid is leaving your own word in search of another owned by someone else. Do you remember Atari? Some of you may not be old enough, but Atari was the cool video game console in the 70’s. They owned the word “video game” but later decided to wander away and change to “computer”, which directly competed with Apple and IBM. This diversification allowed another company, Nintendo, to take over Atari’s word, “video game”. Nintendo’s 2011 fiscal earnings were down because of the recent earthquake in Japan, but they still showed $13 million revenue. Does anyone know what happened to Atari??

The essence of fitness marketing is narrowing the focus. Your fitness business will be stronger if you minimize the scope of your operations. Your word won’t have a strong meaning if you run after everything. Remember, use single, powerful words. A great example is the fighters of abortion. They simply use, “pro-life” or “pro-choice”. These words are strong, focused, and make a statement. Once you have created your word, you must do everything to protect it. You brand it, you own it, and you are first in the prospect’s mind.