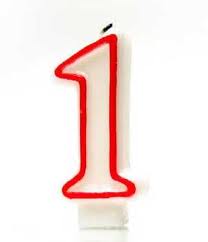 Fitness Marketing Law #1 – The Law of Leadership states it’s better to be first in a category than it is to be better. Why? Because people usually remember who was first in a given category or who the number one leader is, but they don’t remember the second leader. Think about it; who is the number one soccer player? Beckman. Who was the first bodybuilder to hold the most Mr. Olympia titles? Who was the second? Ok, maybe you know this answer because you’re in the fitness business but most prospects don’t. (Just in case you don’t know, Lee Haney & Ronnie Coleman are tied at 8 titles and Arnold is second with 7).

Why do people always order a “Coke” when their preference may be Pepsi? When dining out and the server asks what you want to drink, most responses (if drinking soda) are “Diet Coke or Coke”. If the restaurant serves Pepsi the server says, “Is Pepsi ok?” The Coca Cola Corporation was the first in the industry and first in the customer’s mind so that is the brand used when referring to soda. It has become the generic name.

Another example: who was the first person to fly over the Atlantic Ocean? Charles Lindberg, right? Who was the second? Bert Hinkler, but people don’t remember his name. The fact that he was better and faster than Lindberg doesn’t matter because people remember who’s first. 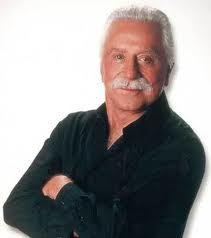 Look at Joe Weider; EVERYONE knows who he is whether in the fitness business or not. He is the original Fitness expert who has created many “firsts” that today are still widely known. After all, he is the man who created Mr. Olympia in 1965, which is still the top bodybuilding phenomenon in the world.

Now just because you come up with this great idea that no one has thought of doesn’t mean it will be a success. There are strategies in developing the first idea, one being timing. Some first ideas may sound great to you but may not to others. It’s important to study your target audience and existing ideas similar to yours. Is your idea just reinventing the wheel?

Consumers tend to stick with what they have; with what they know. Most people don’t like to veer away from their comfort zone and try something new. Here’s a great example: Chrysler was the first to introduce the minivan in 1983 and the corporation has been a leader ever since. Just last year (2010) Chrysler sold the most minivans (286,323) not only in the U.S. but in America. They were first in the prospect’s mind in this category.

Leader’s names also become the generic language when referring to products in the same category. For example: Xerox was the first copier and everyone refers to making a “Xerox copy” even though they are using a Ricoh machine. Kleenex is a name brand that everyone uses. They say, “Can you give me a Kleenex” when the name on the box is Scott. How many people use the word cellophane tape? We say, “Scotch tape”. Get my point?

When creating and introducing the first product in a new category use a name that can work generically. Copyright lawyers often advise against this but when done properly, marketing will soar without the fear of copyright infringement. The first brand name typically becomes the leader in sales with the order of follow-up brands ranking in the order introduced. Example: the first ibuprofen, Advil, is the leader in sales with Nuprin second. Tylenol was the first for acetaminophen and is clearly ahead of the number two which is the generic brand. Even though the generic brand has the same ingredients and can be purchased at a cheaper price, consumers typically will spend the extra money to get the brand name.

Where businesses sometimes fail is when they use a marketing strategy to “do better” than the first product introduced in a specific category. The follow up brand compares their product to the best in the industry and develops a product they feel is better than the first. But what they don’t understand is marketing is a battle of perceptions, not products. Consumers perceive the first product as the superior.

As much as I have been pumping in your head that you need to be first in the market in order to be the leader, it does not mean being second is bad. That’s why there are 22 Fundamental Laws of Marketing. In the next law I will explain how Fitness Marketing Law #2 Thw Law if categories are just as important as being the first.