Fitness Marketing Law #3 – The Law of the Mind

The biggest waste of time in fitness marketing or any kind of marketing is trying to change the prospect’s mind. Information on a blog or website can be changed easily by typing over it or deleting the existing content but changing something in the prospect’s mind rarely happens.

Many entrepreneurs stumble over this law because they create what appears to be an awesome product and feel it will be a hit in the industry only to discover the opposite when the product fails because they did not get the idea or concept into the prospect’s mind. 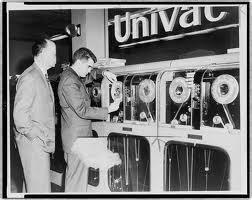 An example of this is IBM versus UNIVAC. When one thinks mainframe computer, they think IBM. That is a brand name that stands out, right? But did you know UNIVAC by Remington Rand was actually the first mass produced mainframe computer and their first customer was the Census Bureau (1951). But IBM was smart by creating different categories and used a massive marketing strategy to get in the mind of the prospect first, thus squashing Remington Rand. IBM ended 2010 with $99.9 billion in revenue. The UNIVAC can be seen at the Smithsonian Institution!

Fitness Marketing or just plain old Marketing is a battle of perception, not product; therefore, the mind takes precedence over the marketplace. Many entrepreneurs think money is the answer to get into the prospect’s mind. Money is the expected solution, but often times it’s not the problem in marketing. Too many fitness businesses waste money on marketing. They sometimes spend millions to market a new product just to see it fail. 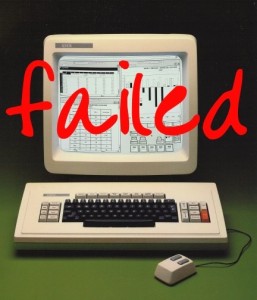 Xerox Corporation is an excellent example of money wasted on marketing. They were the first in copiers and then attempted the computer business spending $2 billion and 25 years and got nowhere. Why? Because once the consumer makes up his mind, it’s hard to change. People know Xerox as a copier and that’s what they like. They know IBM, Apple or Dell as computers because they were the first in the mind in this category. And Apple got started with a $91,000 contribution compared to the $2 billion Xerox spent.

Finally, consider the name of your product. Apple won the battle against five competitors launching personal computers at the same time because of their name. If you were presented with these five names, what would you choose: Apple II, Commodore Pet, IMSAI 8080, MITS Altair 8800 or Radio Shack TRS-80? Our brains are wired to remember what is simplest and easiest. Apple was creative in using their name to get into the prospect’s mind first.