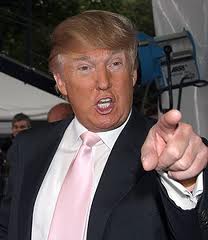 After 2 days of sub par performance from my virtual assistants I had to pull a Donald Trump and say YOU’RE BOTH FIRED. Just look around the blog and you can see why I had to tell them “don’t let the door hit you where the good lord split you”.

I think too many business owners put up with too much crap because they don’t want to be “the bad guy”.

Here are some B.S excuses that I hear from business owners in denial not wanting to fire an employee. “I feel bad she is a single mother”, “It will get better”, “She needs the money”, “He is going through some tough times”. Sorry to be insensitive but I say Bull S***.

If any of the above is true then that’s the more reason he/she need to work even harder.

Here are a couple of personal case studies for you:

Judy is a 40 year old woman recently divorced with two young kids. She was in desperate need for a job so we hired her to work about 25 hours a week at our boot camp. One Monday on the way to Vegas I received a call from my business partner Alejandra about Judy asking for a raise after 3 months. I agreed with her request. Later on Thursday when I was talking to my business partner she mentioned that Judy has called off work for the rest of the week. I immediately thought she is in the hospital or something bad had happened ONLY to find out she was tired and stressed out. WHAT? ARE YOU SERIOUS? You asked for a raise because you’re broke BUT yet are too tired working 25 hours a week. REALLY???  YOU’RE FIRED

Scott is a 42 year old gym teacher and a former employee. He came asking to work because he got laid off from the school district. After a couple of weeks I get reports that he is moody, not getting along with others and even had a confrontation with my manager when he was warned not to park his car in the client’s parking lot. REALLY? ARE YOU KIDDING ME?  YOU’RE FIRED

I love Dan Kennedy’s rule “If I wake up 3 days in a row thinking about you and I am not sleeping with you then you got go”. 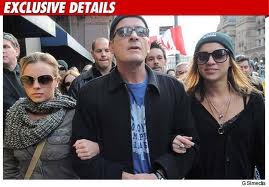 Funny part is that he is suing his former employer for wrongful termination. Like Don King the boxing promoter says “ONLY IN AMERICA”

Charlie try doing that anywhere else in the world. Not only you will NEVER get 2.5 million an episode but your car would blow up like the God Father the first time you open your mouth.

Employers put up with sub bar performance, tardiness, laziness, drama, excessive sick days, and a bunch of other crap. Believe me I used to be one of them. When I started my business I wanted to make sure everyone was happy and I put up with little things here and there and jeopardized my business and core values just to make peace with everybody.

The truth is you can’t make everyone happy and it’s not your job to make everyone happy. So stop being captain save everybody (you know what I was thinking;) and grow some balls.  You’re a business owner and an entrepreneur and your only obligation is to create a good working environment and make your business as profitable as possible. If your employee is not making you money then he/she is costing you money so they got to go. After all it’s YOU that put everything online to make the business happen. Worse case scenario if your business doesn’t make it (and it won’t if you put up with crap) your current employees will go work for the business across the street. You on the other hand might have to move back with your mama.

Let me give you some advise: NO MATTER WHO YOU’RE DEALING WITH IN LIFE FROM EMPLOYEE TO BUSINESS PARTNERS AND EVEN YOUR SPOUSE AND CHILDREN YOU SHOULD ALWAYS SET EXPECTATIONS RIGHT FROM THE START. 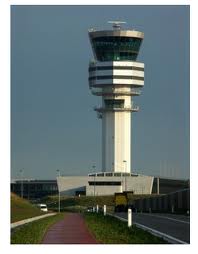 There is a lot of truth to the saying give an inch and they ll take a mile. Letting things slide and looking the other way is the kiss of death for your business.

My friend told me that he once was washing his hands in the Trump Tower in New York when all of a sudden he hears a big bang. He  saw Donald throwing a towel dispenser while yelling at his property manager “I told you towels should always be full”. Etxtreme maybe? I know if I am paying a premium price to live at the Trump Towers then I want my D*** towels.

How about the traffic air controller that was sleeping in Chicago that didn’t catch Obama’s plane getting dangerously close to another plane. YOU GOT TO BE KIDDING RIGHT? I mean of the are not watching the president then I wonder what they are doing when we’re on the plane? Playing craps?

Let me finish on a positive note and say that being an employer is not all bad. It’s a blessing to be able to provide a living for people. That’s the best part of being an employer. However it’s up to the employer to manage expectations and do what’s necessary to acquire what I call the A team.