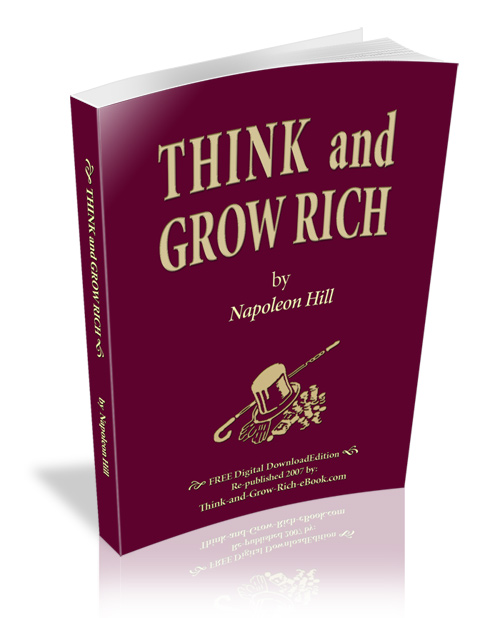 When psychologists isolate the personal qualities that predict “positive outcomes” in life, they consistently find two traits: intelligence and self-control.  (Book by Napoleon Hill-THINK AND GROW RICH).  People with more confidence in their ability and their self-worth tended to be happier and more successful.  Progress generally comes not from theories but from someone finding a clever way to test a theory.  *Self-control is a vital strength and key to success in life (SW).

If you’re trying to resist temptation, you may find yourself feeling the forbidden desires more strongly just when your ability to resist them is down.  Ego depletion thus creates a double whammy:  Your willpower is diminished and your cravings feel stronger than ever.  People often conserve their willpower by seeking not the fullest or best answer but rather a predetermined conclusion.  Emotional control is uniquely difficult because you generally can’t alter your mood by an act of will.  New Year’s resolutions all compete with one another.  Each time you try to follow one, you reduce your capacity for all the others.  A better plan is to make one resolution and stick to it.

When people have more demands for self-control in their daily lives, their hunger for sweets increases.  It’s not a simple matter of wanting all food more-they seem to be specifically hungry for sweets.  Women on the whole have fewer problems with self-control than men.  EAT YOUR WAY TO WILLPOWER-Feed the beast-Sugar works in the lab, not in your diet-when you eat, go for the slow burn-when you’re sick, save your glucose for your immune system-when you’re tired, sleep.  Self-control without goals and other standards would be nothing more than aimless change, like trying to diet without any idea of which foods are fattening.

For most of us, though, the problem is not a lack of goals but rather too many of them.  *”Let all your things have their places; let each part of your business have its time (SW).”  Main consequences of conflicting goals:  You worry a lot-you get less done-your health suffers, physically as well as mentally.  Proximal Goals=Short Term Objectives-Distal Goals=Long Term Objectives.  Preparation is time-consuming, because it takes much longer to make thirty daily plans than a broad plan for the month without any daily details.  (Book by David Allen-Getting Things Done: The Art of Stress-Free Productivity).

Everything that has not been done-Do It-Delegated-Dropped or Deferred.  Will making decisions deplete your willpower and make you vulnerable to temptation, most people say no.  They don’t realize that decision fatigue helps explain why ordinarily sensible people get angry at their colleagues and families, splurge on clothes, buy junk food at the supermarket, and can’t resist the car dealer’s offer to rustproof their new sedan.  Decision making depletes your willpower, and once your willpower is depleted, you’re less able to make decisions.  If your work requires you to make hard decisions all day long, at some point you’re going to be depleted and start looking for ways to conserve energy.  Closing a door on an option is experienced as a loss.  *Self-Awareness evolved because it helps self-regulation (SW).  When trying to make changes to your finances, keep them at 20 percent until you get things under control.

For contentment, apparently, it pays to look at how far you’ve come.  To stoke motivation and ambition, focus instead on the road ahead.  Public information has more impact than private information.  Misregulation, the mistaken belief that buying something will regulate your mood for better, when in fact you’ll just feel worse afterward.  The more the body suffers, the more the spirit flowers.  “It’s easy to diet when you are not hungry”.  People who draw up a contract without a financial penalty or a referee succeed only 35 percent of the time, whereas the ones with a penalty and a ref succeeded nearly 80 percent of the time, and the ones who risk more than one hundred dollars do better than those who risk less than twenty dollars-at least according to what is reported to stick.com.

Use your self-control to form a daily habit, and you’ll produce more with less effort in the long run.  Results show that a narrow, concrete, here-and-now focus works against self-control, whereas a broad, abstract, long-term focus supports it.  That’s one reason why religious people score relatively high in measures of self-control.  Contrary to popular stereotype, alcohol doesn’t increase your impulse to do stupid or destructive things: instead, it simply removes restraints.  Loners and lonely people tend to have more of just about every kind of mental and physical illness than people who live in rich social networks.  Some of that is because people with mental and physical problems make fewer friends, and indeed, some potential friends may shy away from someone who seems maladjusted.  A lack of friends tends to contribute to alcohol and drug abuse.  Apparently, promising your therapist that you will cut down on drinking is not a powerful boost to self-control, but promising to your spouse makes a big difference.  Your spouse after all, is the one who’s going to smell your breath.

Michael McCullough looked at more than three dozen studies that had asked people about their religious devotion, and then kept track of them over time.  It turned out that nonreligious people died of sooner, and that at any given point; a religiously active person was 25 percent more likely than a nonreligious person to remain alive.  That’s a pretty hefty difference, especially when the measure is being alive versus dead, and the result (published in 2000) has since been confirmed by other researchers.  People who attend religious services for extrinsic reasons, like wanting to impress others or make social connections, don’t have the same high level of self-control as the true believers.

Hyperbolic discounting: We can ignore temptations when they’re not immediately available, but once they’re right in front of us we lose perspective and forget our distant goals.  You’re a superstar no matter who you are or where you come from-and you were born that way!  Brats are not born.  They’re made.  Virtually every social problem can be traced to people’s lack of self-love.  The key to success was self-esteem.  For children to succeed, they need to be shown “all the beauty they possess inside.”  Most people already feel pretty good about themselves.  Children in particular tend to start off with very positive views of themselves.  Two-year-old Chinese children are expected to have high levels of control that correspond roughly to what American children reach at age three or four.  Asian-Americans make up only 4 percent of the U.S. population but account for a quarter of the student body at elite universities like Stanford, Columbia, and Cornell.  They’re more likely to get a college degree than any other ethnic group, and they go on to earn salaries that are 25 percent above the American norm. 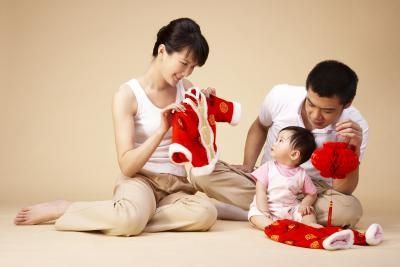 Chinese parents have two things over their Western counterparts: higher dreams for their children and higher regard for their children in the sense of knowing how much they can take.  There are three basic facets of punishment: severity, speed, and consistency.  The speed of the punishment is much more important.  Some parents like to offer cash for good grades; wouldn’t paying for grades undermine children’s intrinsic love of learning?  Children from two-parent homes get better grades in school.  They’re healthier and better-adjusted emotionally.  They have more satisfying social lives and engage in less antisocial behavior.  They’re more likely to attend an elite university and less likely to go to prison.

So how can children learn to focus their attention on something longer than a text message and more challenging than a You Tube video?  The usual advice is to get them reading books.  Success is conditional-but it’s within your reach as long as you have the discipline to try, try again.  Losing weight is the most popular New Year’s resolution year after year, diet after forsaken diet.  Losing weight needs discipline in three ways-Never go on a diet, never vow to give up chocolate or any other food and whether you’re judging yourself or judging others, never equate being overweight with having weak willpower.  When you diet, your body assumes there’s a famine and hangs on to every fat cell it can.

The first step in self-control is to establish realistic goals.  Humans are born with an innate gift for eating just the right amount.  Clearly, if you’re a dieter who doesn’t want to lose self-control, you shouldn’t spend a lot of time sitting right next to a bowl of M&M’s.  Even if you resist those obvious temptations, you’ll deplete your willpower and be prone to overeating other foods later.

Nutritional catch 22-In order not to eat, a dieter needs willpower.  In order to have willpower, a dieter needs to eat.  Do not weigh yourself every day; weight naturally fluctuates, do it once a week.  Alcohol reduces self-awareness and therefore impairs monitoring.  It takes willpower to turn down dessert, but apparently it’s less stressful on the mind to say Later rather than Never.  In the long run, you end up wanting less and also consuming less.

Beware of making binding decisions when your energy is down, because you’ll tend to favor options with short-term gains and delayed costs.  Bad habits are strengthened by routine.  Anyone can do any amount of work, provided it isn’t the work that is supposed to be done at the moment.  Every time you follow a specific kind of rule, it becomes more routine, until eventually it seems to happen automatically and you have a lasting technique for conserving power: a habit.

When you set a goal, set a reward for reaching it-and then don’t stiff yourself.  Most people rely on a traditional method for maintaining self-control:  They outsourced the job to GOD.  In the nineteenth century, the typical worker had barely an hour of free time per day and didn’t even think about retiring.  Today we spend only about one fifth of our adult waking hours on the job.

We’re learning, once again, that willpower is the virtue that sets our species apart, and that makes each one of us strong.