Where Do You Put “Up-Sell” in Your Communications? 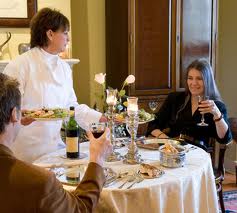 Imagine eating a fancy meal at a nice restaurant.

You’re getting comfortable, ready for yummy appetizers and then something weird happens. The server tells you there’s an amazing chocolate cake for dessert.

The cake may be wonderful, but now you are annoyed because the server changed the normal ordering sequence when dining out.

You know the routine: drinks first, then appetizers, the main course, and so forth. When the sequence is out of routine, it doesn’t matter how great the up-sell is, we tend to get annoyed.

That is pretty much the same routine when sending an email or other form of communication to your target audience.

With emails there is a lot of editorial followed by advertising. You’re selling or promoting an event, product, or service to your target audience.

Sometimes entrepreneurs are confused as to where the advertisement should be placed. Should it be in the beginning or is it better at the end? What about placing it in the middle of the email?

The goal of your article is to indulge the client. For example, you’re writing an article about headlines and you explain the many steps of how to write the best headline. You write each step to empower the reader so they want to learn more and continue to read. You basically have them hooked.

By doing this, you adequately provide the reader with the “appetizer” and not a half-ass one, but one that hooks them into wanting more. Now they are ready for the main course, which is the product or service you are selling. This is like the normal routine of ordering food when dining out. Up-selling at this point prevents annoyance and as a result the client is eager to move forward.

Many entrepreneurs will up-sell at the start before the article even begins. This is a natural thought process and appears to be a pretty smart strategy. Consumers want to know what’s in front of them; what to expect. In the dining example, if the server told the consumer what to expect from beginning to end, right at the start of the evening, he probably wouldn’t think it was weird.
He would probably take it as a bulletin and not view it as an annoyance. Not a bad choice.

It is annoying and disrupts the routine. It spoils the setting. This causes the consumer to climb over the advertising to get to the other side. The goal of the restaurant is to direct the customer from one point of the meal to the other with the next action integrating the prior action.

When something is out of routine it throws the customer off and causes annoyance. So, in emails it is important to provide sequential steps and maintain the client’s attention taking them from beginning to end. The up-sell is then natural with no shock in the middle. 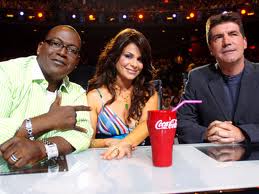 It’s a little hard to understand because integration is not precisely attached to email marketing, but it does provide an idea of how it works. Let’s review integration.

Let’s look at the three sponsors of the reality TV series, “American Idol”. Most viewers remember two of the three sponsors: Coke and AT&T. Coke usually is the first in the viewer’s mind followed by AT&T, but then viewers struggle to remember the third sponsor. Can you think of who it is? Many cannot! 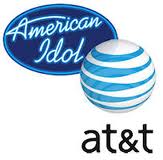 This is not a result of the third sponsor getting less airtime or because they aren’t well-known.
The third sponsor doesn’t have some odd ball product or service so why do viewers struggle to remember who it is? Because, they are not integrated in the whole sequence of events.

Think about it. Coke is everywhere during the show: the seats are red (Coke’s logo color) and the judges drink from a Coke glass. Coke integrates naturally in the whole sequence of events.

However, there is no integration with the third sponsor, Ford! There are commercials about the car and the company (in the middle of the show) but they don’t integrate in the sequence of events.

So, as previously mentioned Ford is that annoying out of step sequence like at the restaurant, therefore the viewer doesn’t remember them like the others.
Your communication and “up-sell” does not have to follow this suit. You can integrate information in your content very easily and get the customer to not only like what you say, but take the next step and buy what you have to offer.

My suggestion is not to place your ad in the middle of your communications. Place it at the top of your email or at the end. You will discover that not only is it natural placing it on
both ends, but your clients appreciate it and will be less annoyed.

Or you can opt to disrupt the routine–and offer clients dessert before the mains course.