If one of your clients wants to lose weight, it’s more about their want, desire and willingness to stick to your program than it is about having any magic system.

If you want to build a six or seven figure business, it’s more about your hunger and willingness to do what most won’t than it is about the latest greatest marketing fad or client getting system. 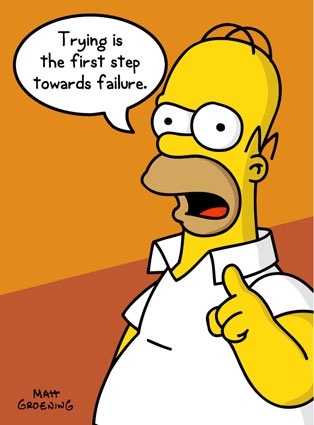 I can look back and see this clearly hold true in pretty much any success I’ve ever had and for all the successful people I’ve known.

When I became a Baseball Coach, the two previous coaches at that University had been a former Major League All-Star and a legendary high school coach that had made the jump to coaching at the collegiate level.

Both struggled in the job I was about to take – and both had tons more experience, credentials and resources.

I was 23 and I can look back and count on one hand the number of people that expected me to be even modestly successful – and that’s including myself.

But the fear of failure drove me tirelessly.  With less experience, worse facilities and poorer resources than virtually everyone we competed against – I was able to be successful because I was willing to do what others wouldn’t.

When I moved into the business world, I’d only read 4 books that could be considered ‘business books’ in my life, I’d never made more than $33,000 in a year and I’m pretty sure I was about as unprepared for success as someone could be.

But after taking about 18 month to work for someone for a while to learn the ropes of the industry and study up on business – I took the leap into entrepreneurship and I – along with Nick – started a business.

At that point, everyone I’d known in my life thought of me as a baseball coach and always expected me to go back to that.  So that fear of failure gnawed at me again.

When we got started, Holly, Tyler and I lived in a basement for a year and under no circumstances was I going to fail them.

Everyone has their stories like this where they struggled and paid their dues.

It’s just that most of them aren’t in their early thirties – but that was a choice I’d made since I’d decided to change careers mid-stream.

Looking back, in both cases I (or Nick and I on the second situation) had a lot fewer resources and experience than the competition.

But that was made up for with Drive. 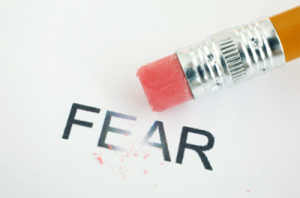 Nick was willing to do what it took to become the industry’s leading expert in the ‘backside’ of fitness businesses – and I’m pretty sure that’s not where his passion started out since his degree is in Exercise Science and he started as a trainer – not a business guy. But he was willing to dive in to the part of business that most in the industry (including myself) prefer to delegate, outsource or ignore (not the best option.)

It seems like everyone talks about wanting to start their own info-empire at one point or another, but few are willing to put in the time once they realize it’s a full time job too.

Holly works more hours know with Fit Yummy Mummy than she did when she trained and ran all of our weight management programs – but that Drive has allowed her to build a great business when most would’ve quit.

Every member of our Elite Mastermind Group has their own story like these – as most all successful people do.

Tyler English, Jeff & Tiffany Larson, Ryan Ketchum & Wil Fleming all have built great bootcamps and group training business under very different circumstances – but the one common factor is that they all are Driven.

B.J. & Kori Bliffert moved to a market over a thousand miles from home and started a business. Art McDermott rebounded from a business setback that would have deterred most.

Both businesses are thriving now because they were Driven.

We’re fortunate enough to work with a LOT of successful business owners and they all use different business models, different marketing strategies and even different training methods in one way or another.