The Power of A Morning Ritual

I am constantly reading, listening, or watching books and courses on the subject of self-improvement or personal productivity– i know we all are. But how much of the stuff that we read do we actually implement into our everyday lives? A quarter? 50%?

I know I’m guilty of it: reading a bunch of stuff that sounds great on paper or makes me say “wow, I would be so much more productive if I did that!”. In reality though, it seems as if there’s just not enough time in the day to implement every single morsel that we ingest.

So if I could pass along one little golden nugget that has hands down drastically changed my life, it would be this: 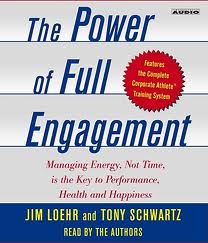 I first heard about this from Tony Schwartz and Jim Loher in The Power of Full Engagement (awesome read if you haven’t already done so). Then Eben Pagan talks about it emphatically in his personal productivity course Wake Up Productive.

Here’s the general idea, and why it’s so relevant to not just me– but to anyone that wants to get the most out of their time and energy.

Basically, we have an area of leverage in our lives that most people don’t even know about or haven’t explored, and it’s called “Intentional Repetition”. You see we as humans aren’t factory installed with uber amounts of willpower. It’s something that we don’t have unlimited amounts of, so naturally it would make sense to set ourselves up with as many good habits as possible so that we aren’t forced to use that small amount of willpower that we have.

For example, if I have the habit of only stocking my fridge with healthy, nutritious, and natural foods, I’m not forced to use my limited willpower to “just say no” to that ice cream or chocolate bar lingering in my kitchen. If my habits of not keeping that crap in my house leave me with no choice, then I don’t have to use any willpower to take a pass– it’s not an option to have it anyways.

And that’s the concept behind instilling a morning ritual in your life– a series of great habits that (although they might seem forced at first) will set you up to be at the peak of your game and negate the need for willpower or wasting your energy on frivilous things.

Eben Pagan talks about how Oprah Winfrey is a big proponent of doing her physical activity in the morning to get her day started right. Why the morning? Why is that time of day so crucial to how we start our day? Well that’s easy– it sets the tone for the entire rest of the day. 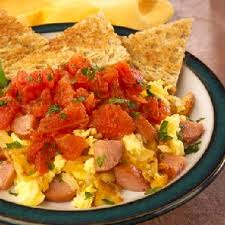 Eben goes on to say that the first few things you do in the morning, are the HIGHEST leverage activities of your day. This sets the context for the rest of your day.

When you cheat early on in the morning (e.g., eating junk food, etc), then this can set a negative context for the entire rest of your day. Therefore our Personal Success Ritual can set an empowering context for the rest of our day.

So what should your ritual consist of you might be asking?

The three key areas of life are: Physical, Emotional, and Logical. So it would be logical to create a Personal Success Ritual for each of these three areas of your life.

So grab a piece of paper and pen and jot down 1 small thing for each category as part of your morning ritual. Don’t go overboard. It’s all about baby steps… 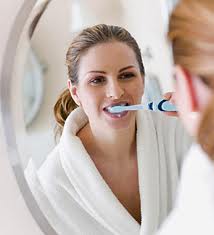 ***Sidenote: I first heard about the morning ritual concept over a year ago, and once again, put it in the category of things that sounded great, but it wasn’t until recently that I actually put one into play. I sucked it up for the first 30 days when it felt contrived or unnatural and just rolled with it. In fact, I’m writing this post right now as part of my morning ritual– I write (blog posts, content for my members, entries in my personal journal) while drinking a cup of coffee in the little coffee shop/lounge in my building every single morning =)

The following tips I stole directly from Eben Pagan when it comes to planning and implementing your new morning ritual:

Seriously though, just suspend any disbelief you have, and go do this. Start tomorrow. You won’t regret it. Take it from the girl with crazy ADD (oh wow, a shiny pink flying object!), ideas running through her head at 1000 miles per minute, and the same self-inflicted perfectionism and over-achiever desires that you (my fellow entrepreneurs) have too. Do this for 30 days, and it will rock your world and change your life. But you won’t know unless you actually do it. Create that morning ritual and don’t look back. And tell em’ Leanne sent ya =)