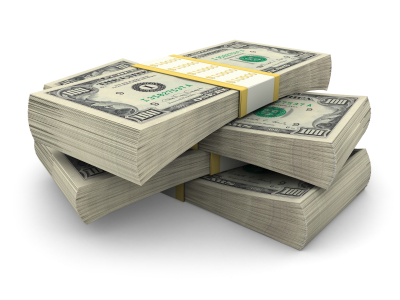 This section is all about having marketing money. You can have the best idea in the world but it won’t get far without having funds to market it. When developing a new product or concept you have to be prepared to spend money. If you don’t have the money, then you better have thought of ways to get it.

Advertising is not cheap. Did you know it cost $6 million to advertise a one-minute commercial during Super Bowl? I realize this is not a place you would currently advertise but it does show how ridiculously expensive advertising can be. Acquiring market share will cost money but you have to smart with how and where you advertise.  I advertise in local newspapers and magazines which cost approximately $3,500 per month, Facebook $1,700 per month and other sources approximately $3,000. So, in my business my total monthly advertising expense is approximately $8,200 per month.

Like I said, it cost money to get your idea in the prospect’s mind. Steve Wozniak and Steven Jobs had a brilliant idea with Apple Computer but where would they have been without Mike Markkula’s $91,000 donation? Ideas without money are basically worthless, not completely, but if you don’t have money, it will be pretty difficult to be first in the prospect’s mind. If money is scarce, you can possibly use your idea to get some.

If you lack advertising funds and your competitor does not, you can be left behind. Competition is fierce. Companies like Proctor & Gamble and Philip Morris spend more than $2 billion a year on advertising. I realize this is not your competition but you understand my point.

With the advancement in technology there are ways for you to advertise (email, blogs, business website, Facebook, twitter, YouTube) without paying, but you will only reach a certain target audience which usually is not enough to get your product in the prospect’s mind first.

It takes money to run a business and successfully market to prospects. Some successful entrepreneurs’ front load their investment which means they don’t take profit for a couple years or however long necessary and put the money back into the marketing fund. Money is a requirement to achieve financial freedom. You gotta put in to get profits out!