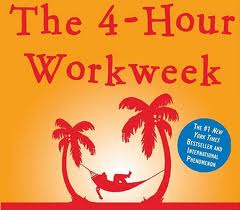 Lawn darts, beach volleyball and umbrella drinks. It’s how the new entrepreneurial class roll in the bank, thanks to the “less work, more success revolution” inspired by the likes of The Four-Hour Work Week.

Gone, the days of long hours, hard work and slaving over the details.

Yes! The best and brightest have discovered the leverage of other people—those people we call “contractors” who seem happy do the work. Right?

Contractors. Wonderful contractors. On paper they seem most amazing. Like Dudley Moore’s Arthur says, “Waiters… Aren’t they wonderful? You ask them for things and they bring them. Same principle as Santa Claus.”

You see, in my experience, contractors come with a built in design flaw which puts them immediately in conflict with you—and anyone who gets paid on results.

As you understand better than most people on earth, there’s only one thing that pays—results. When you deliver, you get paid. When you think about, talk about, even walk around with good intentions tattooed on your forehead, you don’t.

But contractors always want to get paid, regardless.

Contractors value effort—they think highly of “trying” and suffering. Many tend to believe that their effort warrants great riches—as if they are paid on an emotional pain scale.

For contractors “a result” is billing—aka filling time. They work an hour they expect you to pay them an hour. This “time and effort” mentality is a remnant of a past time when people with blue collars punched time clocks. And it is in direct conflict to the “results economy” that has taken its place.

Yet many contractors, large and small, still believe—against considerable and mounting evidence to the contrary—that this is a “time and effort economy,” the way a 4-year old believes in Santa. This sort of thinking is outdated and dangerous to your success.

The good news is you don’t have to confront this limited world view, nor convince anyone they are wrong or that you are right. You just have to be crystal clear about how things work in your world. No grey areas, no guessing.

At this point you may be rejoicing that you’ve kept your contractors all on a project basis. That is, you pay them an agreed amount sum for a project. And that’s nice. It does work—some times. But it doesn’t work in your favor all the time.

Project basis requires much more upfront work and planning. There’s less collaboration and less room for the contractor to deliver something more that you couldn’t see from the outside before it started.

Working on an on-going basis with an hourly contractor is possible (and at some points impossible to avoid) and the technique I share here is one I’ve found very helpful in setting you, and your friendly contractor, up for success in advance.

If you’ve struggled, as I have, in getting contractors as keenly focused on the results as you are; try this simple, clear, direct “3-Column System” I’ve employed with great success. It’ll help you get the alignment you’ve been missing and the stuff you need when you need it at your price.

How to Explain the 3-Column System

The 3-Column System for Contractor Success is eloquently simple and that is wonderfully effective.

With my favorite new contractor comfortably seated in a chair at the office conference table, (or on Go To Meeting) I use the white board and draw two vertical lines, creating the 3-columns.

Then I ask the contractor if he/she understands the 3-columns. They’re usually quick to grasp the right hand column, the “Stuff That Is Done.”

“Ah… very good!” I say. “See how easy it is to get that one. It’s concrete, easy to measure and we can all agree on it. Really, when you think about it, that’s the important column right? That’s what we’re both here for.”

[Note: Done stuff is great—but only to the degree that you, the one who is paying for the “done stuff” has asked for it. And that means an agreed upon deliverable. That could be one line, one paragraph, one page of detail. Whatever is appropriate. But you must both be clear on what is agreed upon to be done. And still things will go wrong but much less so than when it’s left to a best-guess. No responsible contractor will begin work, investing their valuable time, without some definition of what is needed to be done, some solid mutual understanding / agreement. “I’d like a better looking website.” Is not a sufficient work request.]

Now, I back up and explain the middle column, #2, “Stuff I’m working on.” That’s where things become a little more foggy—certainly less crystal clear than Column #1. For the contractor believes they’re giving you hours and effort to “doing” what gets to the right hand column, so why not get paid?

I explain that, “I do ultimately pay you for the doing but I pay the doing when it’s done because otherwise we can spend all our days in the doing,” and in doing only one of us is happy—and it ain’t me.

You see, columns 1 and 2, if we pay for that, it fills the contractor’s bank account but drains mine. “Only column 3 fills both of our bank accounts. Now, that’s fair—I’m sure you agree.”

Note: If you pay on a 2-week schedule and all the contractors time is in the #2 column and nothing in #3, the work must be broken down in to more concentrated deliverables / parts. The more completions, the more success, the more that will get done—and the more the contractor will be rewarded. It’s self-fulfilling.

Now, here’s where it gets a bit tricky—column #1—Stuff I’m thinking about.

Any decent, self-respecting contractor will deny that this is something they’d ever think of doing—billing you for thinking that is. But thinking is tricky business because you don’t always know you’re doing it—because you are, doing it, that is.

And it’s just made worse by that fact that column #1, the learning is the stuff that contractors most love to do—to learn, to explore, to understand. They like feeling smart and that’s great. It also is a terrific way to avoid the accountability and the risk of failure.

But many contractors also—quite unconsciously—believe that it’s your job to pay them to be smarter.

It’s like this: You ask a contractor to feed your elephant—and he returns a bill for 6.5 hours! One line item is: “Walking the elephant to the feed and back: 30 minutes.”

The other 6 hours are billed under, “Learning what elephants eat and how they digest food.”

So you must ask, why am I paying you to be more informed about stuff that doesn’t affect me nor serve the desired result? In this example the Column #3 result was, “feed the elephant.” That’s what I pay for. Column #2 and Column #1, the learning and thinking, are your thing.

Occasionally you’ll have a favorite contractor who will need to learn something new to complete a project. But when a contractor is learning something new, they need to see that this learning is not “for you” it’s for them. It’s part of their education and growth as a contractor and you’re not running a scholarship program.

This approach will help them, the contractor, select what they choose to learn wisely. It’s on them and for them. Which is not to say I’m against them learning. I love to support the growth of everyone I have a relationship with, especially when they are supporting mine. And picking up new skills can be a win-win, but not when I am billed a week’s worth of work for your “education” as if some how I forced you to grow—and column #3 remains empty.

A rare few are absolutely great. An awesome experience you’ll remember fondly for years. Most fall into the “that was okay… not bad,” and are soon forgotten. And others just flat suck and leave you with less money, time and a whole lot less patience.

Using the 3-Column method will help align you and your contractor up front, which can turn an “okay” into “pretty damn good.” And perhaps more important, it will help you spot the “suck factor” in advance or early. Because those who don’t perform on demand, who aren’t used to delivering will fight it. And even if they conform they’ll have problems and conflicts on the first pay period.

Give it a try and happy contracting!