A Little Bit of Info for You About a Guy I Know …. 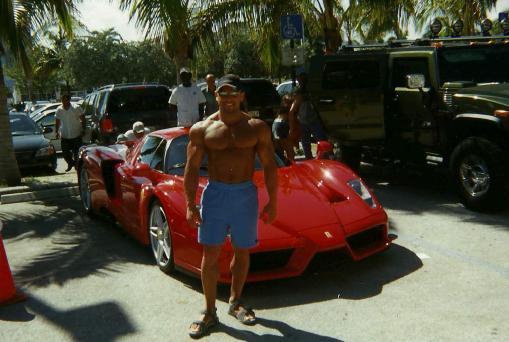 This guy is straight up retarded.

Ahhhhhh …… things are good in the universe.

The Knicks are winning, after years of hiding behind a computer screen I’m getting back in peak shape, friends and fam are good, and things are kind of normalizing in terms of establishing training and sales systems in my business.
However, don’t think I’m getting on a high horse – like Eric Bana says in the movie Troy, “sometimes the gods bless you in morning and curse you in the afternoon”.
I’m just exhaling and taking it all in for a sec.  That felt good – now back to work.
I mentioned in my last email that I may not keep up with Super-Trainer as I have in the past.  Forget about the fact that I have a full fledged OFF-LINE retail business in swing, which has it’s own high-level blog associated with it that I’m developing.  It’s just the content style that I’ve become known for delivering here in some ways stands as a conflict of interest with my new business.  I’m already sensing small rumblings of this, and I haven’t even got things rolling yet.
Well one guy that I’ve been in touch with a lot over the past few weeks that may be helping me out with my responsibilities here is my big bro (although I think I’ve got a half inch on him in terms of height) Sam Bakhtiar.
Today I wanted to take a minute and tell you a little bit about this guy.  If you’re active in the online space, you no doubt are familiar with Seven Figure Sam, his offline biz, a couple of online things he has going on, and what not.
But I want to go a little deeper and let you know some more about him, from what I’ve gotten to know from him personally, and why once he starts chiming here on this site, you would have to be brain-dead foolish not to pay rapt attention to him; and rob a bank if you have to buy any products or coaching that he offers, the minute he offers it.
Furthermore, I feel it is my responsibility to toot this guy’s horn (yeah, yeah, that’s what she said – stfu) because he’s one of the most humble guy’s I’ve ever met and will never try to brag, boast, or try to impress in any way.  And since I’m good at all three, I’ll do it for him.
First off, I’m not a fan of too many people.  Of people alive today, just maybe Michael Jordan, Arnold, and that’s about it.    And because he’s my boy it feels weird saying it, but Sam is a guy that I’m just a fan of.
Yeah,  yeah, we all know that Sam shits money.  But so do a lot of people.  Sam’s cash flow doesn’t even start to scratch the surface of what this dude is about.
Realize that Sam is also one of the greatest professional bodybuilders in the HISTORY of the sport. He’s the only man to win a pro championship in every weight class, from lightweight all the way to heavyweight.
Forget the fact that in my opinion, professional bodybuilding is by far the hardest sport to go pro in in the world.  Just think about it: sure all pro athletes train hard,  but bodybuilders have to combine that with maniacal dieting as well.  I’ve heard that Kobe Bryant and Allen Iverson would eat entire pizza pies covered in potato chips in one sitting, and inhale Big Macs like they’re nothing.  But not a pro bodybuilder, especially when cutting for a show.  I takes a level of self-dicipline that very few human beings have the self control to manage.
Add to the fact that there are less than 400 active pro-bodybuilders in the world, and you’ll realize how extremely competitive this sport is.  From a guy that was a degenerate bodybuilder since he was 12 years old til just a couple of years ago, I just stand in awe of what he’s been able to do in that sport.  If you pump any iron at all, you’ve got to do the same.
But the dude is not just a muscle freak.  He’s also smart, being a Doctor of Chirprocatic to boot (although I’m convinced he must have cheated off of some nerd in his class to do it). To have accomplished this all and he’s still only 35 is just mindblowing.   Plus he recently became a brand new papa, so se’s truly lived several lifetimes in his short time on earth so far. 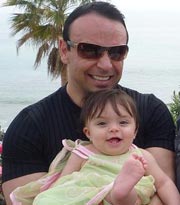 Okay, hold up – let’s stop for a second. Before you get turned off by Sam’s impressive resume, and maybe think that he’s “gifted” in some way, realize Sam experienced a hard fought conversion into fitness business genius.

He’ll be the first to admit that he’s a former mindless jacked up trainer that thought his shit didn’t stink.  He had to break these bad habits in order to become great on the business end, and it’s a career arc that ANY trainer can model.

We’ve all seen them, and if you haven’t, let me tell you, that just being a great former athlete doesn’t make you a great trainer, fitness business owner, or great at anything else (see Bruce Jenner).

So cool – hope you’re understanding a little more about this guy and maybe have learned a couple of things you didn’t know about him before.  But also know that Sam is also probably one of the coolest guys I’ve ever met.  I’ve met, hung with, been friends with, and trained lots of well known, impressive, and wealthy people living here in New York my entire life, but they’ve got nothing on Sammy.  I always say that some of the most impressive people you’ll meet are “regular folks” doing big things, and Sam is definitely in that category (if it’s possible to call him regular).  This guy knows how to party, bust balls, talk shit, and is friends with everyone and anyone on both coasts – from Floyd Mayweather to the Mayflower Madam (kidding about the last part, although it might well be true).
Like I said, it’s great when one of your mentors is someone you’re also real cool with and can do a little minor business with on the side as well. 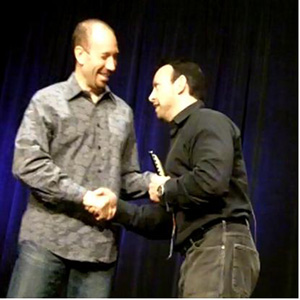 I’ll let you know how I bring Sam into the Super-Trainer fold to lighten my load. One thing I seriously dropped the ball on last week was the big launch on Sam’s new software program, CONTACT FORMULA.

Sam invited me into his Beta group, but I didn’t have a large enough client and prospect list to take advantage of it yet.  However, he did get on the phone with me to guide me through it, and I must tell you that it is a robust piece of software that can be used by anyone, and is impossible NOT to make money with.

To check that out, go to his site right here: http://contactformula.com/.  No affiliate link, no pitch, just a wholehearted recommendation of a bad-ass dude and a bad-ass product.  And I may be mistake about this, but if you sign up for the 30 day trial, I think Sam will actually guide you through the program personally.  I could be wrong about this, but it’s worth a shot, so go ahead and sign up for it:  http://contactformula.com/.  I guess it is possible, since if Sam does take the time to show you how to use it, it’s almost impossible for you not to make money with it.  In that case, Sam keeps you as a client, and everyone wins. 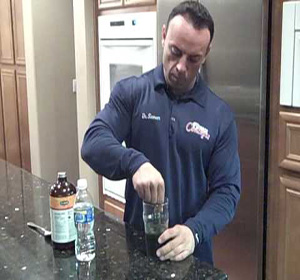 I think it’s real cool for Sam to be getting involved on the business side of this game and sharing some of what he knows.  Trust me he doesn’t need the loot.

But here’s a guy that understands the importance of mentoring and giving back to his industry.

And you know what, if he choses to, he has every right to charge for it.  If you’ve got a problem with that or think making money is bad, you need to grow up (you fucking communists).
You can spend all day talking to someone at your own level, or some mediocre person, and not learn a damn thing.  But just a chance encounter or a few words shared with someone that really is living and breathing what you want can completely change your life.  If you have any life experience, you know this to be true.  That should be proof enough of the value of any type of information you can get from Sam, whether you have to pay for it or not. 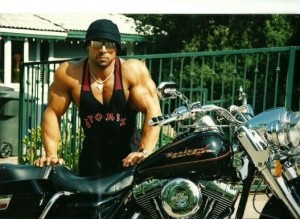 So whatever me and Sam decide to do here on the site, or with Sam’s product which I just mentioned above, if you have the chance to talk to the man, I really hope you use it.

It’s a great time to be in this business, and with Sam getting involved in some way on the blogging/ coaching/ info/ software side, it just got a lot,
lot better.  Believe that.