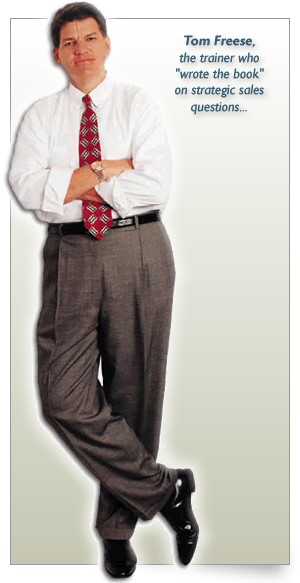 Intro- Companies all over the world spend millions telling people what to say, but spend almost nothing teaching them what to ask?  In sales, questions are important.  What a salesperson asks…and how they ask, is more important than what they will ever say.

Chapter 1- “Hit rate” for engaging new prospects is between2 and 5 percent, so out of a hundred calls a salesperson will only uncover only a small handful of qualified opportunities.  In order to achieve above-average results, one must first be open to thinking about above-average concepts.  Something else that makes sales training difficult to swallow is change.  A salesperson who continues doing exactly the same things should expect exactly the same results.  Methodology Based on Cause and effect-probability and risk.  Success is achieved by managing a series of events and activities toward a specific goal-the sale.  The most effective way to increase your probability of success is to decrease your risk of failure.  The average sale requires five closing attempts before prospects are ready to make an emotional commitment, but the average salesperson never makes it to the fifth attempt.  Once it’s clear that a prospect is interested, securing their commitment to take the next step is easy.

Chapter 2- Mismatching is the instinctive tendency of individuals to resist, push back, or respond in a contrarian manner.  Mismatching communicates disagreement, which increases your risk and lowers your probability of success.  Mismatching is more of an instinctive defense mechanism than an intuitive response.  Telling someone that they are wrong is one of the fastest ways to shut down a conversation.  Mismatching shows a lack of interest, which stifles conversation and chips away at the self-worth of other people.  If you are a habitual mismatcher, then you are shooting yourself in the foot and you must STOP immediately!  Correcting this behavior will significantly improve the quality and depth of your harder to overcome their objections.  But in today’s selling environment, aggression usually backfires.  Telling is not selling-Most people love to buy, but very few want to be told, and even fewer want to be “sold”.  To succeed in sales, you must uncover needs and then educate prospects and customers on the value of your product or service.  Mismatching is not an objection; therefore, it should not be handled like one.  Ask more questions and make fewer statements.  If your current approach to sales is statement-based, then your comments will actually invite mismatched responses.  To minimize (or avoid) the risk of mismatching, it’s important that sellers learn how to ask more questions and make fewer statements.  Establishing credibility should be one of your primary objectives in the sales process.  People cannot be curious and mismatch at the same time.  It’s impossible for someone who’s curious to be inviting you in and pushing you away at the same time. 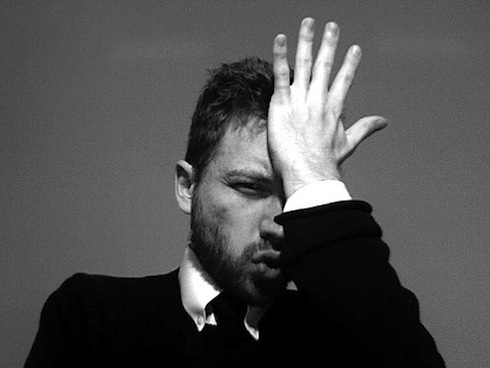 Chapter 3- Potential buyers are instinctively trying to reduce their risk of making a bad decision.  When prospects become curious about what it is that they might miss, they almost always ask for more information.  When you’re trying to make sure someone doesn’t get “left out,” their next four words will be, “Left out of what?”  The key is linking yourself with a success story that prospects can easily relate to.  A salesperson’s ability to demonstrate account-specific knowledge translates into greater credibility.  If you can reassure prospects that they are indeed moving in the right direction, you will increase your probability of making a sale, and you will also reduce the buyer’s risk.  It’s the perfect win/win scenario.

Chapter 4- If you want to motivate people, then it’s more important to think about what they want, rather than what you want.  Just because something is important to the salesperson, doesn’t mean it’s important to the customer.  Competence, credibility, expertise, and value will outsell over eagerness every time.  Behavioral selling models; trying to categorize people according to their personality type and then match your behavior to theirs is an ineffective way to manage the sale.  The truth is, many salespeople end up outsmarting themselves by first misjudging their prospect and then mishandling the situation.  Keep it simple.  You will be more effective just being yourself, rather than trying to be something you’re not.  *The fear of failure is a powerful influence (SW).  Positioning benefits is how sellers establish value.  Ultimately, we want to establish enough value to justify the cost of our solution.  We can logically conclude that the more benefits you bring to the table, the more value you can present to prospects and customers-which will ultimately increase your probability of success for making a sale.  Your ability to present twice as many benefits gives you an opportunity to present twice as much value; it also gives your prospects and customers twice as many reasons to move forward with a favorable purchase decision.  The fear of failure is a very powerful and constructive motivational influence that, when channeled properly, can improve both your performance and your results. 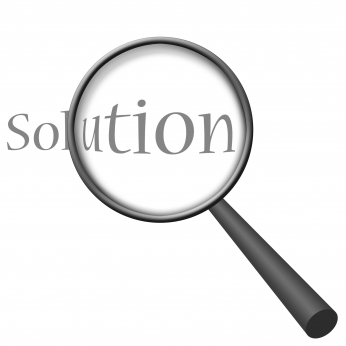 Chapter 5- Without needs, there are no solutions; and without solutions, it’s virtually impossible to establish value.  Buyers don’t have needs just because you offer solutions.  It’s the other way around.  You can only offer solutions if the buyer has needs.  It’s the salesperson’s job to uncover those needs.  To alleviate pain, prospects will seek relief.  To satisfy a desire, prospects will attempt to improve their existing condition.  If your goal is to uncover needs and provide solutions, you can significantly expand your opportunity (to sell) by offering relief to those prospects who are currently experiencing pain, and a vision of value for those who wish to improve their existing condition.  Active needs occur when prospects recognize that they are no longer satisfied with the status quo.  Not surprisingly, people with active needs make wonderful prospects.  Latent needs exist when prospects fail to recognize that they are no longer satisfied with the status quo.  The primary reason latent needs exist is ignorance.  When prospects are not aware of a problem (or an opportunity to improve their existing condition), they have no reason to change the status quo.  The greater the prospect’s needs, the more incentive they have to alleviate the pain or satisfy the desire.  Uniformed prospects are much less likely to make a favorable buying decision.  The easier way to increase a prospect’s sense of urgency is to change their perspective.  Urgency sells!  It increases the prospect’s desire to satisfy their needs, and it also increases your probability of success. 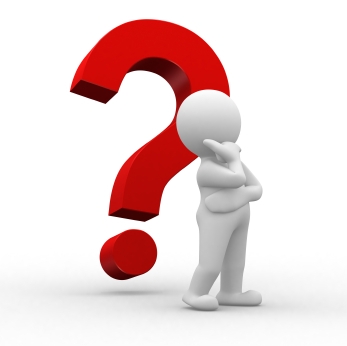 Chapter 6- Questions are important.  The Bible says, “Ask and ye shall receive.”  Jumping ahead in the sales process increases your risk of failure and reduces your probability of success.  Unless a relationship already exists, most prospects are reluctant to openly share, especially with a salesperson.  To secure a commitment, you must first present a solution; but to be present solutions, you must first uncover a need.  Credibility is the basis for every relationship; and the more you have, the more your prospects will want to engage.  Top performing salespeople know how to secure a prospect’s time and attention-by piquing their curiosity.  Curiosity is the key that unlocks the rest of the sales process.

Chapter 7- The more curious your prospects become, the more opportunities you will have to add value and provide solutions.  Making prospects curious only takes a minute, but it gives you an opportunity to establish relationships that can last a lifetime.  The more curious prospects become, the sooner they’ll call you back.  A highly positioned, curiosity-inducing voice-mail strategy will only be effective if it is also 100 percent accurate.  With email, the subject should make prospects curious so they will make your message a high priority.  Average sellers try to satisfy their prospect’s curiosity.  Top performers try to make prospects even more curious.  When prospects find out that you may be able to solve their problems, they will become curious and want to know more.

In today’s business culture, there is an overwhelming demand for proven sales talent, but there is an underwhelming infrastructure for teaching salespeople how to succeed.