SUCCESS IS MEASURED IN “MOMENTS”, NOT ONLY IN DOLLARS 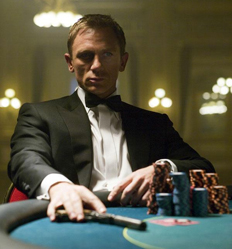 It’s always been a goal of mine to be like James Bond (well, maybe a shorter, browner version). Be sure to have a clear vision of your own personal and lifestyle goals, or you’re GUARANTEED to NEVER reach them.

Whatsup gang.  I hope you got some great info out of the last article on the site about exploding your fitness income.  In it, I gave you permission to make as much as you want, as fast as you want, so you’re now out of excuses.

Now if you’re on my underground email list, you’ll know that early last week I mentioned that I was going to tell you about the awesome time I had at the wedding of a childhood friend of mine.  His parents grew up with my parents, so me and him were close as kids, and his party ended up being a very big family affair full of people I haven’t seen in years.

Now that it’s a week later and the glow of the night has kind of worn off, I feel like it would be way too smug of me to write about what a cool guy I am and how James Bond I looked in my Italian suite and German car (I’ve got to remember to take lots of pics and write about it right away like a good scumbag marketer should).

So instead of filling you in on the gag-worthy details, let me tell you about WHY the night was meaningful, by relating a powerful metaphor one of my clients once told me that I’m sure you’re going to be able to identify with.

As you probably know, for a while I was a high end independent trainer in Manhattan.  One of my clients during this stint was the team physician for the New York Jets (who I just sadly watched take a major beating to the hated Pats).  I’ve since lost touch with him so I’m not sure if he still has that position; but at the time I was training him, he held that post while still running a private practice at the same time.

He was a real cool guy that liked to have fun, was relatively young (in his early 40’s), and was in great shape, using my help to keep it that way.

As I’m sure any trainer can relate to, we did a lot of talking during our sessions and became good friends.   One thing I was always in awe of with him was the amount of his life he devoted to his profession.  He told me how for most of his 20’s, for seven days a week year round, he didn’t see more than an hour a day outside of a library.

And even through his thirties, while establish his practice, he also had the same kind of work load.  Besides a few infrequent getaways, a great aparment, and the fact he drove a Bentley coup (he had one of the first ones, back when they were brand new and traffic used to stop and heads would snap when one of these things went by), he did little to enjoy his success or wealth. 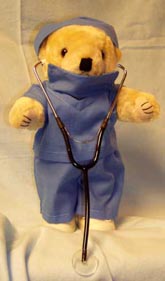 His type of practice, which is a business that revolves around you, is a great start for a trainer that’s been slaving for a big gym.  It can be a thrill and the money can be great for a trainer.  But I advise trainers to grow from here and to start thinking bigger. It’s the reason why in all my programs I educate trainers to have a business that’s eventually not dependent on them.

It’s because even though he was highly paid, he was a slave to his business – the minute he stopped working, the business pretty much stopped working.  Despite his different sources of income and the fact that he did have a staff of employees and junior physicians working under him, he was self-employed, not a true business owner.

In his case, I can vouch for the fact that he really loved what he did for a living.  Rather than being weary, his face beamed at all times of the day.  Overall, I think most doctors are pressured into the job by their parents (more on this later).  But in his rare case, he had found what he truly loved to do, which is why he excelled at it.  He was unstoppable; even after a 14 hour day, he’d have the energy to workout like it was the first thing in the morning.

This is different from most doctors.  Doctors are actually one of the biggest markets that fall for financial and get rich quick scams, mainly because they hate what they do and are constantly looking for a way out.

The problem is because even though they’re highly educated, they’re financially stupid and are usually leveraged to their eyeballs in debt for all the toys they buy as an escape from their jobs.  They can never really afford to retire and maintain their standard of living, and instead need to continue to see more patients and prescribe questionably procedures to pay for the next new car or boat.

And the statistics show that the life expectancy of physicians is a good 10 years less than the rest of the population.  That’s really ironic when you think about.  If your parents pressured you to become a doctor like mind did, be happy that it never worked out and just keep following this site.

Now here is the point I’ve been trying to get to:

In my conversations with him, the one question that you can’t avoid asking someone like this is “was it all worth it”? Was it worth giving up the best years of his life, all of the experiences, all of the fun he could have had, for being a doctor?  Was the money and prestige worth it, because what he gave up for them were priceless and can’t be replaced. 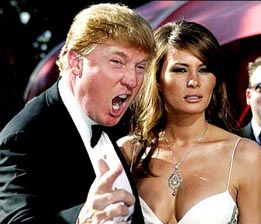 He had an answer for me that I’ve never forgotten, and in some ways stays with me every day.It’s something that I’ve kept in mind and I can vouch for through my own experiences; all the years since then I’ve spent growing my business, fighting through rough patches, putting in the hard work, and taking risks with my career that would leave your average trainer with a poop stain.

He said that for trading your entire youth for a goal, it can never be worth it – no matter what the salary you get. So that isn’t how you should measure the returns on that.

It’s measured in the moments.  That’s how you know it was worth it.

It’s in the little special moments along the way that make the entire journey worth it in an instant. In his case, it was things like manually pumping the heart of a newborn infant with your hand to save it’s life. Like performing the impossible on an injured athlete, defying all timteables on recovery, and then watching them have a career day once they got back on the field, and the heartfelt appreciation he would get from them and their families because of it.

These were the moments he said that made it all worth it.  Because even though on a day to day basis the money now can never make up for the time and youth lost, life is measured in moments, not in blocks of time.  It’s those special moments that you carry with you til the end of life.

I can confirm that he was one hundred percent on point with that lesson, because it’s something I’ve experienced too. I’ve put in some unbelievable work days, taken risks people thought I was crazy for, and put in the time to learn brand new skills that most people are afraid of.

For all of this, I know that the reward isn’t measured strictly in dollars or lifestyle. Because trust me, we as humans are amazing in the fact that any income level or lifestyle, no matter how lavish, can get old very quick!

It’s that moment on the beach with the person of your dreams, or a wild night in Vegas with a bunch of people that you know are your true friends, or that respect you get from people that haven’t seen you in a while; that’s when you can reflect back on how much you’ve accomplished and how far you’ve come. 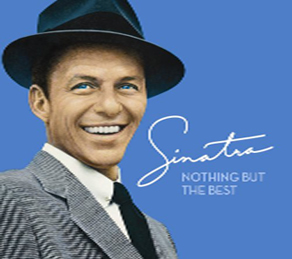 In wanting to tell you that story of last weekend, that is the point I wanted to get across.  A lot of the people at that party were family friends that I haven’t seen in years.  Many were doctors that did exactly what their mommy and daddy wanted them to do with their lives.

But guess who they were crowded around?  They wanted to know all about how I was able to make a career out of fitness, and now transition that into a publishing company that allows me to live a completely mobile lifestyle.  In their minds there were no other possibilities other than taking the safe route.  All they wanted was the pay off – the chance to buy the car they wanted, or a house, or whatever they could show off that they’ve made it.

But they didn’t end up the people they wanted to be.  I was able to do it on my terms, and they all respected.  It’s like Frank Sinatra said year’s ago and I’ve never forgotten: “I did it my way”.

So that basically sums up the whole story – I had a vision of the person that I wanted to be, and I focused like an eagle on getting there.  And the way you know you’ve hit your goals isn’t always in the measurement of the results; what you’re really building toward are the moments.  Those can’t be bought and can’t be faked.  It’s a day, a few hours, or even a second of recognition that makes it all worth it in an instant.

And I didn’t pick that lesson up from a book or guru; I learned that lesson from a client (while he was paying me as a matter of fact, which is a little different from how they do it in college – nothing beats on the job training).

I hope that little story helps you on your journey and gets my point across, without boring you with the details of my friend’s wedding.  Understand this “why” behind what you’re doing is more important than any of the numerous tactics out there and in my programs.  Knowing your “why” is what allows you to make the tactics work.

Good luck and I’ll talk to you soon.