It’s Not What You’ve Been Led To Believe Wearing a skirt has no part in the fitness business (no matter how good it might look).

You know, every now and then I get a little put off by the “wussification” of American society.  But this doesn’t just relate to guys, and not just to society as a whole – you see it in the fitness industry too.

A lot of us are plain scared away by the thought of making fitness into a real business by opening a studio.  And by doing that, you end up overlooking probably the easiest way for you to get greater career respect, earn a vastly higher income, more easily attract and manage employees, get time off, and enjoy what you do.

And among all the factors trainers are scared away by the most is the cost of the whole thing.  That’s why right now I’m going to go into a quick and dirty description of what the misconceptions and realities related to the costs of starting a personal training studio.

Why should you listen to me?  Not only have I run a studio that was tops in my borough of 2.5 million in New York City, but I’ve coached numerous of my students to do the same thing, including CC Matthews, April Ockington, and Travis Tsoetzel, just to name a few.  And what do we all have in common?  We all did it on a shoestring budget, and we hit it out of the park on our first try.

So now on the final day of the NEW LOWER PRICE PROMOTION of THE STUDIO START-UP PROGRAM (stacked with some killer never seen before and never to be seen again bonuses that you can find out about here), let’s get into the subject of COST as it relates to your studio.

COST AND A TRAINING STUDIO: IT’S NOT WHAT YOU THINK!
Editorial by Kaiser Serajuddin

The cost of opening a studio is a barrier stopping a lot of trainers from going ahead with it.  This was a hang up I was caught up in for a very long time; to tell you the truth, getting my own place wasn’t even on my radar.

I spent the early part of the start up phase of my business growing it through joint ventures.  One of these joint ventures, with DOLPHIN FITNESS CLUBS, got me set up out of 42 locations.  But here’s the thing: I was able to make the same money with much fewer employees and in half the time with my own studio.

Once I dove in, I realized that it wasn’t as hard as I was making it out to be.  All I had stopping me was a mental block that kept me from even exploring what opening and running my own personal training studio involved.

When it comes to doing what’s right and confidence issues, I’m a bit of a hard-head.  It wasn’t until a friend of mine who was nineteen years old opened two cell-phone store, another friend who was only twenty-five opened three ninety-nine cent stores (these are super-discount stores that we have in bad areas in New York City), and another friend of mine had just opened his second Subway Franchise, that I realized I was making a big deal out of nothing.

None of these guys were as hardworking as me or any smarter than me.  And in reality, what they had done was much harder than the job I had in front of me.   They’d all gone into risky businesses; I was just trying to expand something I knew how to do really well.   It was then that I realized I could have my own training studio.

The next and most important step was to actually go and do it.  Looking back, I realize that I overspent on A LOT of things.  When I advise trainers today, I’ve been able help them eliminate a lot of the non-essential costs that they have in their businesses.  They go in thinking that it has to cost a lot of money, but when you really do the math, it’s possible to open a high end training studio where you can charge high rates, train large groups, and make an outstanding income from the get go, and do it all for less than $5,000.

There are two cost factors that you’ll need to be an expert at managing if you want to slide in under the 5K mark: UP-FRONT COSTS and COST SAVERS.

The fitness industry is now moving toward a trend of lower cost, functional equipment.  You’ll see it in the major national chains, private gyms, and successful studios all over the country (and likely the world).  For example  the entire Lebert Equalizer set (Stretch Strap, Equalizers, and Buddy System) can be yours for under $200.  Five of them will essentially give you all the tools you need to run a studio.  But of course, we’re not close to done yet.  An entire set of high-end, brand new competition kettlebells will run you around $600.   Add two TRXs to the mix (under $400), three plyo blocks (under $500), and a  Powerblock weights and bench set ($700) and it still leaves you with a thousand to spend on other pieces that fit into your specialty and volume of space (with no single piece really costing more than $50). Compare this to the cost of one new Star-Trak treadmill, which is around seven grand, and you’ll see that going functional is not only great positioning, but makes excellent business sense.

Besides payroll costs, the expansion of which will hopefully be paid for by the growth of your business, your lease is a “nut: that will be hanging over your head every month.  Especially when you’re starting out, this can be a killer.

But there are three magic words that will allow you to temporarily take this expense off the books for a few months while you build up momentum: RENT FREE PERIOD.

A rent free period is customary in most lease agreements, and getting a good one will temporarily save you this headache while your revenue picks up steam.  In respect to trying to keep this article short, a book I recommend everyone picks up before they open a studio is Secrets Of Power Negotiating by Roger Dawson. Read it a few times through and you’ll be well prepared to get your way when it comes to haggling over a few of these key start-up expenses.

The best form of advertising, word of mouth, is free (which we’ll get into).  All the rest cost money.

But the good news is that it’s customary for most advertisers to give you extremely flexible terms to pay off your ads.   The bottom line is that if you know what you’re doing when it comes to writing your ads, you’ll have as much as 90 days or more to recoup your investment before you have to pay your advertising costs off in full.

Now that we covered how to handle a few of the major start-up expenses, let’s get into a some places where you can get results for hardly any up front costs at all:

Internet marketing is one of the miracles of modern marketing.  Many of it’s forms, whether it’s search engine optimization, email marketing, video marketing, lead conversion, follow-up, and retention, are essentially free; free in the sense that they don’t cost you much in up front cash, although they all require time to implement.

Even when it comes to paid online advertising, it’s a much smaller window and less risk between what you spend and when you start to see results.  For example, if you spend $250 on Google Adwords and it brings in two new clients, you know that’s an expense you want to keep on paying. 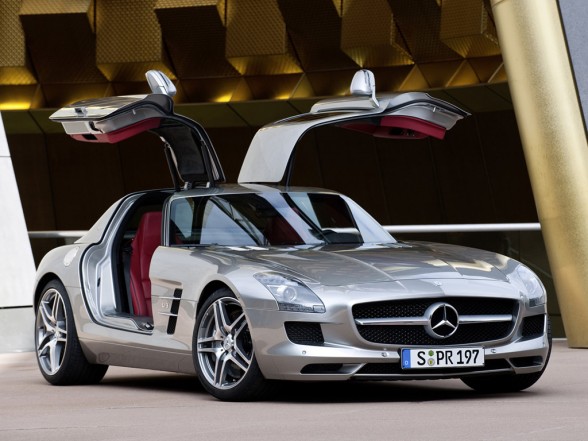 No matter what you’re making per client now, you’ll definitely be making more per client when you have your own studio.   You’ll get greater compliance to workout programs, higher perceived value which means higher rates, better terms (like EFT and paid-in-full-packages), and longer retention.   All in all, even if you don’t get a single new client, these factors make your studio almost free.

Although I wouldn’t depend on it as your only source of marketing, walk-ins are a nice source of new leads that will essentially happen on their own.  While you still have to convert these walk-ins, and the number you get is highly dependent on your location, the fact is that walk-ins are another way that your studio almost pays for itself.

Lastly, I’d be remiss to not mention what turns out to be the greatest, highest value, and least expensive form of marketing for any successful business: referrals.  If you’re handling your business correctly within your four walls, the number of new leads you get through word of mouth will astound you.   Referrals can spread like a virus, so it’s up to you to create a training product that’s totally “buzzworthy”.

The reality is that my figures assume that your build out costs are minimal.  As my buddy Brian Devlin likes to say “you’d be surprised what you can do with some mirrors and paint”.  But it’ll still be important for you to have a nice cash “buffer” put away for the additional costs that come with the start-up process, including a reserve to pay employees out of, stationary, electronics, signage, and unforeseen expenses which are sure to rear their head.

But the math clearly shows that your studio start-up costs are nothing close to what most people expect.  If you already know what you’re doing, getting together the cash to take it to the next level should be easy.