Becoming Number One In Your Fitness Business 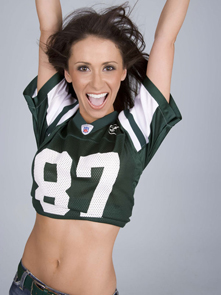 This is a pretty funny year …

Sure, it’s a cute coincidence about this year, but if you’re a serious results oriented person, have been following this site for a while, and been getting results with what you’ve been implementing in your fitness business either through the content or the programs …. well, the fact that you have so many number 1’s popping up in one year shouldn’t be taken lightly.

You should take it as your cue to make this the year that you become number one, however you define that for yourself.  Be a better you, going harder at your particular stengths and interests, than anyone else possibly could.

You also should appreciate that these dates full of 1’s are here as your measuring sticks – the first set in January to make sure you hit the new year hard, and the last set in November to cap the new year off with a bang.

When I talk to trainers, I throw the challenge at them to man (or woman) up and make some big things happen immediately.  I do this constantly in my programs, and whenever I get a chance to talk to them, even if it’d during a quick speed coaching session.

I encourage them to have the tough conversations, raise their standards, or venture into uncharted territory.

And many of them have responded to the challenge, as I can tell from success stories I hear on a consistent basis.

Whether it was Fernando Rodriquez, a STUDIO START-UP owner that has taken his hours from over 60 per week when I spoke to him a few weeks ago, to just 20 a week when I heard from him today (plus he added a new bootcamp in this time that had 30 clients from day one.)

Or CC Matthews who also texted me today (yes, the all-stars have my phone number) that he’s opening two more facilities in the next few months. It seems CC believes in the American idea of “why open one facility when you can open two at twice the price?”. It’s been about a year and a half since CC first became a program owner and student of mine, and he’s gone from an overworked one man army to the head of a growing fitness empire both online and now offline.

I also heard from Roger Blackshear in the past few days.  Roger is a recent SIX-FIGURE TRAINER PROGRAM owner who used the program to land an A-Lister’s wife as a client, grow his business and raise his prices, and then purchased STUDIO START-UP to apply his increased income to opening a studio, a couple of years ahead of schedule.

And I just got this email from Greg Crawford yesterday too:

Hey Kaiser!
Hows it going? Just wanted to give you a quick update…Looks like next week I will be signing my first commercial space lease.  I like the location, its retail, 2500 sqft, unit right next to a bank and in the same strip as the post office. Good visibility and near busy area.
I’ll use the rest of Jan and all of Feb to get it ready and March 1 open for biz!  You have been a great help and an intrical part of this. Just think, its exactly 1 year ago I dumped the gym:)  Lets chat soon brother!
Greg
I’ve got to say I get emails like this pretty frequently from other program owners like Raquelle, Devon, Jason, Mark, and many other students that are making rapid progress.

Plus there’s this video I got from Travis Tsoetzel just days after new years:

And like I said, these are just a few emails and texts I’ve been getting in the past day or two, and I was so blown away I had to write about it.  There are dozens more I could tell you about that I haven’t included here.

If it sounds like I’m bragging, well I guess in some ways I am.  Remember, I don’t have a coaching program, so these students have been able to do this pretty much all on their own with the information in the programs.  They’ve shown the initiative to use the information in the programs, plus in most cases utilize a few bonus speed-coaching sessions with me, and they took it from there to achieve these amazing results. 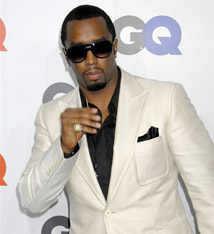 And just like I did with them, I want to throw the gauntlet out to everyone today.  I want to make the challenge to everyone to light the scoreboard up in 2011.  Do more, go harder, demand more, give more. Make it a year that you will always be able to remember and point to as a turning point in every area of your life.

Now I have a quick announcement to fill you in on:

Just before New Years, I mentioned that the prices on my programs would be going up after the 1st.  That announcement was met with a flurry of new orders that even I was very surprised by (we’re talking near product launch type of response).

Well here’s the deal – I was just following up and reviewing program orders since the 1st, and noticed that my webmaster didn’t make the price increase like I requested.  I can’t blame him, because we’ve been seriously busy here with new projects since then.

Since it hasn’t been done I’m going to let the same offer stand until Friday.  Last time I only gave about a day’s notice about the price increase, and it was right before new years so I’m assuming a lot of people missed my message on it.

So this is the official last call to get in on the programs and save $100 before the prices go up, promptly on the 15th.

To get STUDIO START-UP before the price goes up click HERE.

To get THE SIX-FIGURE TRAINER PROGRAM before the price goes up click HERE.

But by taking advantage of the prices, it doesn’t mean that you have to pay for the courses in full up front.  You can get them on a risk-free basis, and pay for them later once you’ve started to learn from, implement, and get results from them.

If the courses don’t pay for themselves by the time you have to make your first installment, you can simply cancel your order by sending an email to support[at]super-trainer.com.

(BTW, if you really they haven’t at least paid for themselves, send me an email to kaiser[at]super-trainer.com because you are probably missing something or doing something wrong.)

Who else would let you try and use a DIGITAL product before paying for it in full?  No one.  But I believe in them so much that I have no problem doing it, and rarely get burned for it.

Now here’s one other thing that’s real cool – I know 99% of you on this email list own at least one of these programs.  But if anyone doesn’t own both, I’ve got a payment plan to help you get them both for a bundle discount.

Never before offered – never again offered – legit half price savings on the programs that have changed the lives of hundreds of trainers (yes, from a measly program – pretty crazy huh?).

Okay, again this announcement was only for the trainers that do not yet own the programs.  I know most of you reading this do own at least one of them.

So in that case, back to our regular programming – the bottom line is don’t take 2011 lightly.  There are two 1’s in the year, so that’s twice as many reasons for you to become number one right now.  Good luck, go hard, and take care.