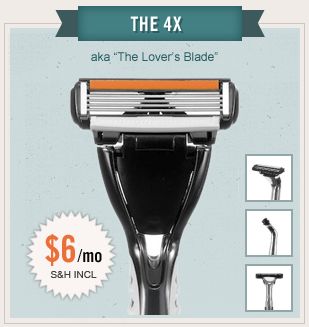 Let me ask you a question? Can you compete with the LA fitness, 24 hour fitness, Bally’s?

Of course you can’t if you try to compete at “their own game”.

So the only way to compete with the industry giant is to create a “new category”
and play a game they can’t play.

Netflix was the perfect example. The industry giant blockbuster had no answer for it and
soon after filed for bankruptcy.

How about the amazon kindle? Borders had no answer for it and started closing store after
store as well as filed for bankruptcy. Barnes and Noble knew very quickly that they better
have an answer so they came out with their own version called “Nook”.

Nook saved Barnes and Noble from going the same route as Borders.

Watch the video below. Do you think Gillette should worry?

Would love your thoughts on this…..

www.DollarShaveClub.com launched first week of March and already signed up 12,000 people on
their membership site. Not a bad start.