Kaiser, Michael And A Challenger 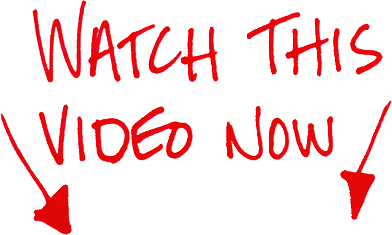 Michael: Hey. What’s up, guys? My name is Michael Duivis with Super-Trainer.com and I’m standing here with a super special guest. You may know him because he’s the guy that started Super-Trainer.com. His name is Kaiser. Now he’s visiting me in Southern California and of course we’re talking a little bit about business and he told me the story about this lady that came in to his boot camp and anyway, I will just have you take it over from here.

Kaiser: Yes. So I’ve been hanging out in Cali for a few days. I had a few things to do out here, a couple of people to visit. It has been real cool. I’ve been staying with Michael. I’ve been having a lot of fun. I rented a car I never drove before, the Dodge Challenger. Me and Michael are big car buffs so we’ve been having a lot of fun doing burnouts on this thing and just hanging out, eating good, relax and just chilling out.

So yes, so me and Michael were talking and it’s funny the things me and Michael have been talking about, the offers we put out there, how we get clients, conversions and all that good stuff that we always talk about on the site and I’m sure you’re thinking about all the time.

The thing that Michael thought would be good to put in a post right now is a little story that I had. I put this free offer out there. Now Sam is a guy that always says, “Make them give you something upfront,” and even with my free offers, I do ask for money but I do throw tons and tons of free offers out there and here’s why.

I’m a strong believer in my product and I feel like I flip 75 percent, 80 percent of all the people that come in even off of my freebie offers. Now the story I had was my manager was sitting in my boot camp and a woman walked in with one of the free offers and she told my manager, “Hey, listen. I’m only going to do the free offer. Do not put me on any type of recurring billing, on automated billing, nothing because I do not want to give you any money after this free offer.”

So normally, if I was there, I don’t know. Maybe I’m like a little biased. I would have tried to talk her out of the sale but my manager accepted her, enrolled her, got her into the boot camps; and long story short, two weeks later, she converted into a one-year paid-in-full client, over a thousand dollar sale off of someone that was so adamant on the fact that they do not want to put in any money after that free offer.

So that just goes to show the kind of importance you have to put in the actual product, in the training experience, not just the marketing.

Michael: You mentioned she was unemployed, right?

Kaiser: Yes. Oh, yes, that’s the best part. She said she was unemployed. She had no money but obviously like they always say in marketing circles, everyone has the money. You just have to give them enough value and give them a reason to spend it. So yes, I mean that’s what I want to put out there, guys. Just make sure your product is strong and the reason she pointed out – I told her, “Thank you, thank you very much,” the way I like to say. I mean really show appreciation for them signing up and she said, “No, no, no, no. Thank you because I never knew there was a place where they appreciate and take care of people so much.”

So those are the reasons she pointed to, not the fact that our squats are the best or any of that stuff. The fact that we show appreciation and take care of people. So that was something that I think Michael liked about what I shared with him. We always talk about money and all that stuff. Some of these intangibles, the warm, fuzzy stuff gets lost out there. So, there we go. I think we have an invaluable info there. Maybe, right?

Michael: Yes, yes, yes. A healthy reminder and I hope this counts as my blog post now.

Michael: So for all these guys that are in the bottom right corner of your screen, we were supposed to submit like one article per whatever, two weeks or four weeks.

Kaiser: Yes. I know. I’m on one every six months.

Michael: So I’m going to put a little text on the bottom of this video that says this is my …

Kaiser: Yes. Cool. All right. I got one coming. Don’t worry about it.