Is Your Guru A Sociopath? 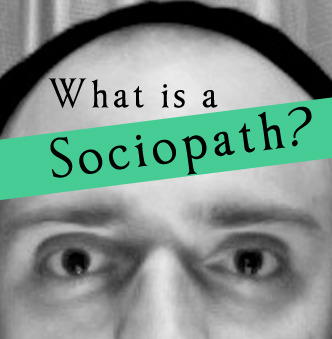 Yes, I know this is an odd topic for Super Trainer. However, it could be the most important lesson in your life. Sociopathic people are dangerous, manipulative and don’t give a damn about you!

Here’s a quick back story:

I, JSE, have been the victim of more than one sociopath. They were a former girlfriend (many years ago), an employee, and a business associate.  Believe me, I have my sociopathic radar on constant high alert now.

The crazy part about being a victim (and that’s what you are) of a sociopath is that you start to think that you are nuts. They are so good at their craft, you are wondering if you are just imagining things. You are not. That crap is real!

I learned why I had “attracted” these jack asses.  Through discovery, I learned that sociopaths seek out those who are willing to help and those they can “extract” from. I’ve always wanted to help as many people as possible, and each of these three people had something to gain (money, prestige, power, opportunity, a list).

Here’s a funny example: Have you ever watched The Bachelor TV show? (Ok Sam, I watch it sometimes…. I live with my wife and two teen girls).  Anyway…. Have you noticed that the women in the group will often learn how manipulative and conniving one of the women are? They all see it. They know the girl is a whack job. Yet, the bachelor is blinded by the manipulation, odd attraction and persuasion.  The women have never been wrong. In the end, the guy gets the clues, or is screwed over in some way. Yes, it can be reverse with the dude being a wackadoo as well!

Why the bachelor example? It’s a perfect snap shot of what you should notice in your own life. If a group of people who don’t all know each other, who all have different background, different business models, different political views, and represent both genders, all come to the same basic conclusion about someone – THEY ARE RIGHT!

In each of my experiences with sociopaths, I was told by others I respect (but foolishly ignored)… “Say away from him, he is up to no good, there is something wrong with her, that guy is a dirt bag, he is creepy” ….and the list goes on!

1. Pay attention to your gut. This is your enteric nervous system. Check out this info.

2. Don’t rely on testimonials provided by coaches, mentors or self-proclaimed gurus. Do other research and protect yourself.

3. If someone/something feels sliming, dirty, manipulative, subliminal, sneaky, stealth, or unethical – RUN LIKE HELL. Yes, there is likely intimidation involved if you try to run. F’em, run any ways. It’s all BS.

4. If anyone has befriended you (maybe at an oddly convenient time to benefit them), be cautious.

5. If someone in your organization is strongly disliked by others, get rid of them.  There is likely far more to the story that you realize.

6. If it seems there is an intentional build up of excitation just before you are asked to do something (or buy in) and it just doesn’t feel right, DON’T DO IT. It’s been part of their plan for a long time.  You just caught on late.

Here is a list of ways to identify a sociopath.

This list is from “Profile of a Sociopath.” It is a pretty good list of sociopathic indicators. 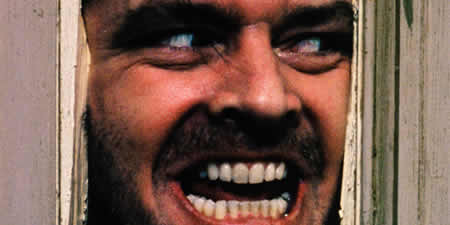 Another interesting thing about sociopaths is that their mental defect (and it is just that) is usually spurred from some type of adolescent or teen event such as a troubled youth, abandonment, extreme loss, abuse, etc.

ALTHOUGH THIS IS SAD, YOU CANNOT FIX THEM. DO NOT TRY. JUST STAY THE HELL AWAY FROM THEM. THEY ONLY WANT TO TAKE FROM YOU.

An interesting thing you can observe about sociopaths is the following: They will often change their appearance as they mold into new surroundings or try to represent themselves to those they want to victimize. They will often have legal problems of some type (law suits/threats), and will constantly seek new victims as others catch on to their efforts to deceive and manipulate.

Casey Anthony is a classic (yet extreme) example of a sociopath. Constant lies, manipulation, lack of remorse, story spinning and now this crazy new look, as part of her reinvention to work her “magic” all over again.  It doesn’t end, and you cannot fix them, you just have to run in the other direction.

The more successful you become, the more sociopaths will try to “extract” from you. Catch on early and RUN. Don’t worry, these sociopaths are already on to their next victim. It’s in their DNA. It’s a revolving door of deception, manipulation and greed.