As the saying goes, “If wishes were horses, then beggars would ride.”

It seems everyone has a pipe dream these days. You probably know tons of people like this.

Psychologically, ideas make us feel good. We think, “There is nothing I can’t do! The world is my oyster!”

But the path to success doesn’t always “feel good” 100 percent of the time. There is much work to be done along the way. You need to set smart goals – not just long term, but short term as well. We’re talking a daily plan here. If you’re not doing something every single day to make it one step closer to your end-goal, then you’re not going to be successful. You’re not serious. You’re a daydreamer.

You know, the “Snuggie” is just a glorified backwards robe… a blanket with arms… but someone had the guts to implement this simple idea and, to date, more than 4 million have been sold. (Multiply 4 million times’ $19.95 and you’ve got a LOT of loot!) 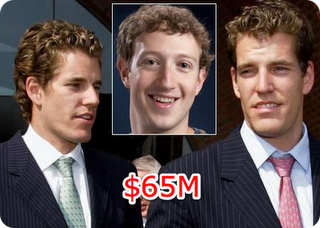 Brothers Cameron and Tyler Winklevoss whined and cried that Harvard colleague Mark Zuckerberg took their multi-million-dollar idea and ran with it to create Facebook. But you know what? Those two clowns only had the idea of creating a social network. Don’t feel sorry for them. All they had was some back-end coding and a dream. Mark Zuckerberg actually took his knowledge and his ideas, and created a marketable end-product. He had the ambition and the wherewithal to make it happen. He implemented.