Get Ahead In Fitness Marketing: The Art of Being A Hack

From the hints I’ve been dropping, you know that I’ve been working on the new site for Super-Trainer …

It’s coming along great and is going to set the industry on fire, just like the original Super-Trainer did almost two years ago –

Instead of being so shady, let me tell you a little bit about what to expect so you know what you’re looking at once it arrives ….

Til now, S-T has been a fun project for me …

But the new site is going to be brand new, hi-tech, and have a new mission –

It will based on all of the feedback I’ve been getting from you about what your real needs and interests are.

It’s going to have some great services you’re going to love that will help you get to your goals more quickly and affordably –  they won’t make me much money, but they will help you make serious progress in your fitness career.

In terms of an expected date of launch, I haven’t really set one yet – I’ve been doing a little bit every day with my designers and programmers and it should be ready soon.

Whenever we want results at something, we all tend to try to reinvent the wheel, but that’s a mistake ..

No matter what you’re trying to do, someone has done it already –

With my site, I’m “copying” my buddy Michael Dunlop‘s site – if you saw my videos from the CONTINUITY SUMMIT, Michael’s the brilliant 20 year old entrepreneur with a blog that gets into the millions in hits, brings him hundreds of thousands of dollars, and he only works one hour a day to maintain it –

What’ s funny is Micheal sells no actual products of his own – it’s all smoke and mirrors.

And he has loads of fun making the whole thing work.

I will be sure to have Michael on as a guest on the blog in the very near future, and if I get around to throwing an event myself, I’ll have him as a speaker for sure …

Now the point wasn’t to drop Michael’s name – it was to point out how I’m “copying” his site for my new S-T build – he knows it, and since I’m in a completely different “niche” from him, he’s cool about it –

Of course I’m not copying his text or passing off any of his stuff as my own – that would be scumbag behavior.  But in terms of the look, I am modeling his success, the same way dozens of trainers worldwide have copied my current Super-Trainer site to design their own sites – I take it as a compliment.

The first way is to learn through courses and products – if they’re good, you can “copy” the information in them and get success quickly yourself.

But the second way is through observation – look at what’s working, what you like and can relate to, and learn from it –

So I recommend the next time you see something you like or that’s working for someone else, you stop, take out a pen and paper, and start taking notes on what you see – almost like you’re at a seminar taking notes from a live speaker –

Because whoever or whatever you’re modeling, they’re speaking to you powerfully – just not in words.

That’s why you’ll notice even though we were goofing off and doing shots in the video I shot with Michael at the CONTINUITY SUMMIT, I broke out a piece of paper and was taking notes – because I know valuable info when I see it.

If you didn’t see our interview check it out here: 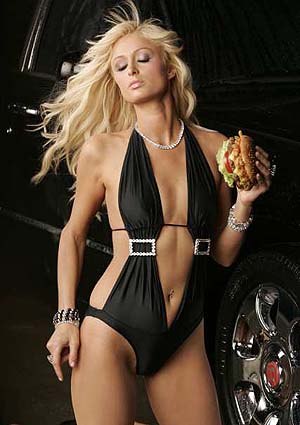 Just ignore the fact that the bar was serving us rounds of Patron even though both Micheal and Alex Maroko, who was also in attendance, are  both underage.  What’s worse is Michael looks like he’s 14!  But hey, what do you expect from the HILTON?

No matter what you’re trying to do, someone else has already done it – just do what they’re doing, give it your own personal twist, and you’ll make progress worlds faster.

The Design Services and Web Services we’re offering here in “soft” release are going like crazy – we’re currently doing work and consulting with last year’s national personal trainer of the year, and the biggest bootcamp program and community owner in the world, along with many independent trainers looking to upgrade their image and earnings – for more info, contact support@super-trainer.com.