HOW TO CREATE AND MARKET A FITNESS E-BOOK VERY, VERY rarely do you come across a piece of just killer, kick ass content that’s out in the open, being given away for free …

Well buckle yourself in boys and girls, because this is one of those times!

I recently talked to Joel Marion about HOW TO CREATE AND MARKET A FITNESS E-BOOK (and his career in general) and what resulted was one of the most hype-free and informative interviews you’ll find anywhere.

Joel’s a guy that for the most part has been staying off the radar, but progressively accomplishing bigger and bigger things and making a major name for himself in the fitness industry.

His latest project is a major fitness e-book release called Cheat Your Way Thin, that’s set to come out on April 28th (with the pre-launch beginning today).

In the process of our conversation, Joel held absolutely nothing back and basically spilled the entire blueprint behind what’s sure to be a million dollar product.  And in the process, he explained everything that’s gotten him to this point, and it’s a real crazy story.

If you don’t know about Joel, here’s a very quick bio:

– He’s the author of The Cheat To Lose Diet, a very popular diet book that’s sold tons of copies in the bookstores and became an Amazon.com number one bestseller.

– He runs a killer fitness site at bodytransformationinsider.com

And like I said, he’s now involved in one those major e-book launches, but on a level that’s never really been seen before.

Cheat Your Way Thin is based on a concept Joel has become known for – it’s one that most of us are aware of, but he was smart enough to drive home – that during any diet plan, intermittent cheating is necessary to regulate leptin levels and prevent “starvation mode”.

Let’s hear the full story from Joel (Yes, we now have audio clips!  And feel free to download the full interview as well!):

I’m sure that gave you a real good idea of what goes on behind the scenes and leading up to one of these internet marketing success stories.

If you were wondering how to sell one of these e-books and how they make money, here’s a quick summary of how it works:

You can apply to get a link to sell the fat-loss program from the Cheat Your Way Thin launch site (it’s all the way at the bottom, under AFFILIATES).  You can then recommend this product to others through your link, either by putting it on your own blog, or sending it in a message to anyone else you have on your list of past or present clients (if you don’t have one of these lists, start making one).

You’ll then earn 75% of the selling price – very simple.

This simple math is the reason why affiliate marketing is such a popular business online these days – it’s because you make almost all of the money for selling a product someone else worked painfully hard to create and make attractive to buy.

The way Joel makes money is this: by doing an amazing job of creating and marketing the product, he can get potentially thousands of affiliate marketers to jump on board and work to sell the product for him day and night.

The way Joel gets the attention of all of these major affiliates marketers is by having a strong initial launch, which he’s worked hard to organize with the relationships he’s formed in the industry over the years.

Sounds easy right? Well as you heard from Joel, there was a lot of work, really a lifetime’s worth, that went into it in the background.  But in general, the formula is fairly simple – you just have to be willing to give tons of value to other people, and just expect a little bit back in return.

Sorry, I still haven’t found any get rich quick info for you – I’ll keep looking, but til then, at least you’ve still got Top-Level Training! 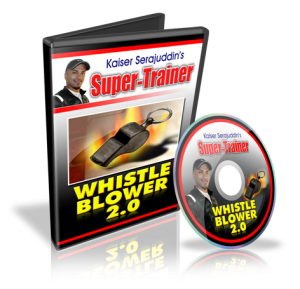