I visited my good friend and coaching client Michael Duivis the other day at his beautiful facility in Norwalk California.

Just take a look at the videos below and see what I mean. I hope you enjoy and learn from it as much as I have.

[spoiler]
Sam Bakhtiar: Hey. What’s going on, Super Trainers? It’s your boy Sam AKA Seven-Figure Sam herein Norwalk, California. I’m in front of my man, Mike Duivis’ Straight-Up Fitness and we’re going to go inside and take a look. What he has done is tremendous and this is all about building your tribe, building a community and you just have to take a look inside. I’m not going to say anymore. So let’s take a look inside. What’s up, my man?

Mike Duivis: Hey. How is it going, Super-Trainer.com? So I’m going to give you a quick tour about my facility. First off, I want to tell you that the first six months that I moved in here, I didn’t think about any marketing, any banners, nothing like that. All I thought about was direct mail, online and getting external leads and not really building my community at all. So the first six months, my facility was like a dentist’s office, like the walls were white and actually let me just show you. We will start with the outside.

Sam Bakhtiar: Yeah. What is this right here? Grab one of your flyers.

Mike Duivis: Yeah. We have a lot of realtors in my boot camp and they always talk about outdoor flyer boxes so I looked into it and this is actually double-sided Velcro and it’s just attached to my window. And I’m getting a lot of people just grabbing flyers and on the flyer, it just talks about the schedule. It has the comparison sheet. It has a lot of information and someone says it’s information overload. But you know those clients that when they walk in, they walk in. They have a million and one questions. Well I just put everything on here so it’s like bam, just here’s all the info.

So that’s one. Two is just that, my information right there. This is kind of like a Joe Polish sentence. Don’t even think about joining any other exercise program before trying us out.

Sam Bakhtiar: I love that.

Mike Duivis: Now next up …

Mike Duivis: … is we walk in. You got to realize the first six months I had nothing on here but of course I was supposed to have one after [0:02:29] [Phonetic] and I just recently did this.

Female Speaker: Are you taping?

Female Speaker: Good. How are you?

Mike Duivis: And I kind of forgot where I got this from but – actually Sam told me that everybody that I signed up has to hear about my story. Everybody has a story. You’re all watching this video. You probably have a story, how you became a trainer. Hi, Christina.

Mike Duivis: Stay focused. Everybody has a story. So how you became a trainer. You used to be overweight. You used to be whatever. Now I used to be an engineer so it’s kind of like a weird story how I went from engineer to a trainer so I really wrote down – so then I did it for all my trainers as well and what I did for all my trainers is I made them a cartoon because it’s kind of cool. So go on Fiverr. Get a cartoon made. Here’s what’s going to happen. I’m going to tell you this. None of the trainers are going to like their cartoon picture. That’s – whatever. Forget about it.

Sam Bakhtiar: But this is really awesome, man. It tells them about also known as, someday, her story.

Mike Duivis: Some say. So like for instance Sonia, she has eyes in the back of her head and an invisible whip. So it kind of like gives her – and she has a nickname “Matadora”. That’s Spanish for bull fighter. Like here’s Michael. He sleeps on his elbows and toes. Some say he sleeps in a plank position.

Mike Duivis: So then the other side real quick, we have a picture board. Pretty much it’s pictures of all the times we got together and the only reason I did this is to show a community vibe. One thing that Sam really told me is make your boot camp [0:04:08] [Indiscernible] because it really all comes down to the fact like all the external marketing in the world is not going to do anything if your retention is not right. And retention is all about having that community feel especially with boot camps popping up all over the place. There’s no way [Indiscernible]. They’ve got a boot camp outside or in the park or – there’s nothing on the wall.

Sam Bakhtiar: And these are just like pictures of you guys just having a good time. It’s not just – I mean you got like a bunch of testimonials and social proof here but this is just a community that you guys are doing various stuff and having fun. This is like one of those – when you go to sushi joints and everybody is having fun and eating the food. This is awesome.

Mike Duivis: And actually you can zoom in and here is a client planking with a beer right here. This is one that we took. I don’t know if you can see it.

Sam Bakhtiar: That is cool, man. This is really awesome.

Mike Duivis: So then – all right. Yeah, make it easy. Make it organized, whatever, flyers and all that stuff. This is my office. We’re going to walk in right now. The session is about to start. By the way, big tip, off-topic, never call your boot camp classes. Call them sessions. Classes is Zumba or …

Sam Bakhtiar: That’s like 24-hour fitness if you have classes. We have sessions here, right.

Mike Duivis: So I’m just going to run in.

Mike Duivis: Oh yeah, house rules. So if this is your first time here, please see the trainer and get situated. One thing that makes me really upset is people that come in for the first time and they leave without even signing a waiver, like they just run in and out. For everyone’s safety, no kids allowed. For some reason, some people bring their kids and …

Sam Bakhtiar: Oh, we got that issue in our boot camp right now.

Mike Duivis: Yeah. And then we’re trying to enforce this for everybody [Indiscernible] either 10 burpees or donate $10. It’s kind of hard to enforce but it’s just …

Mike Duivis: El Jefe is Spanish for “the boss”.

Mike Duivis: And then one more thing real quick, we head over here. This is all of our girls. Did you know that [Inaudible].

Sam Bakhtiar: That’s brilliant. Now you said that this has really helped the referrals.

Mike Duivis: Yeah, referrals. Yeah. To tell you the truth, I don’t know the percentage. It’s very hard to track because I showed it to some of my friends and they all said like, “Oh, how much more referrals are you getting?” Well, it’s hard to say [0:07:26] [Inaudible] but yeah, I definitely [Inaudible].

Sam Bakhtiar: I like that you got Facebook check-in right there. So right here is where people put their stuff and then boom.

Mike Duivis: Yeah. So pretty much I emphasize this one right here. You are showing your friends you’re a rock star because that’s really what it’s all about. Earn free boot camp. Here’s the thing about referrals. I want to head over here. One thing I learned about referrals – I may be wrong about this but I never, ever, ever tell my clients to refer people. I mean not directly. I never ask them for referrals. I tried it. I just feel like it’s desperate after class or after session.

Everybody is stressing and it’s like hey, don’t forget. You get half off – all I’m doing here is just – all my trainers are doing is the training, getting them into shape. If they like it, tell their friends. If not [0:08:19] [Inaudible] automatically when it comes to referrals. So you saw all the referral reminders in my Success Journal. There’s a little warning sticker right here and this is a prerecorded message if they call this. It says, “Don’t open this up before calling this number.” Call this number. It’s a little message of me talking about referrals and …

Mike Duivis: It is Joe Polish, yes. If Joe Polish is watching, this is straight from you. So yeah, the session is about to start. I think that that was pretty …

Sam Bakhtiar: Yeah. Perfect, man. Thanks a lot. We will watch the session.
[/spoiler]

Mike Duivis: Yo! What’s up, guys? This is Michael with Straight-Up Fitness for Super-Trainer and Sam – well actually, I’m talking to Sam right now. He’s holding the camera and just proof that it’s him. He asked me to draw out my numbers. We’re talking about my numbers. So right now, we went over my facility …

Mike Duivis: Yeah. So we did all the retention and the referrals but all it comes down to is numbers in some way. They say like you should follow your passion and the money will come. I was just listening to Dan Kennedy last night and he says that if your passion is jumping off buildings, then you’re never going to make money …

Sam Bakhtiar: Passion is about you and do it regardless. So let’s see what you got …

Sam Bakhtiar: The numbers got to make sense.

Three weeks for $47. After that, our monthly rates are anywhere from $147 to $99 a month. Most people go for $99 a month because there’s a small cancelation fee but it’s a better program. I really pitch this one. So here’s the thing. Most of my trials or prospects come from referrals, mostly referrals.

Mike Duivis: Yeah, it’s 43.3. So here’s the thing. You get 43.3 people to sign up on a trial per month, right? So there are 43.3 people actually really getting the experience because a one-week free trial, a two-week free trial is free. They don’t appreciate it. These are people who actually pay for it and they use the Success Journal and all that stuff.

Now then it’s all about the percentage of how many people you convert to being a real client, to either paying $99 or $147 a month. Now right now, this is just a system that we start using but me and Sam are talking about getting anywhere from 3 to 15 percent. So really you will be getting anywhere up to 20 new clients per month. Twenty new clients at let’s just say a minimum price of a thousand is an increase of $2000 per month on your EFT.

Sam Bakhtiar: You mean a hundred. A minimum price of a hundred.

Mike Duivis: What did I say?

Sam Bakhtiar: You said a thousand.

Sam Bakhtiar: I’m like, “Damn, what kind of boot camp are you running?”

Mike Duivis: Yeah, life transformation. Two thousand dollars a month on EFT. Now one thing that’s really cool and this is something that I didn’t even realize but the 43.3
[/spoiler] 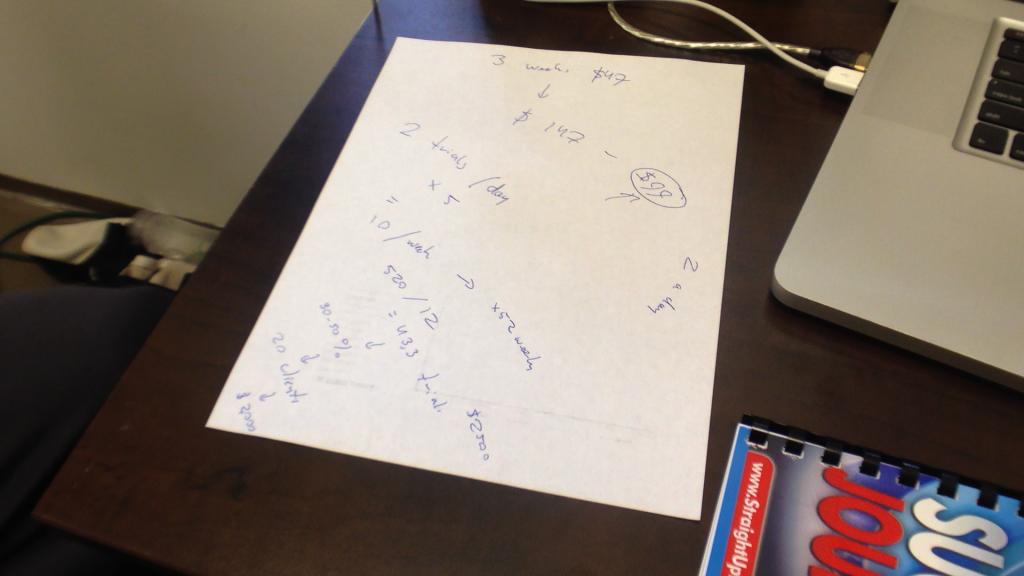 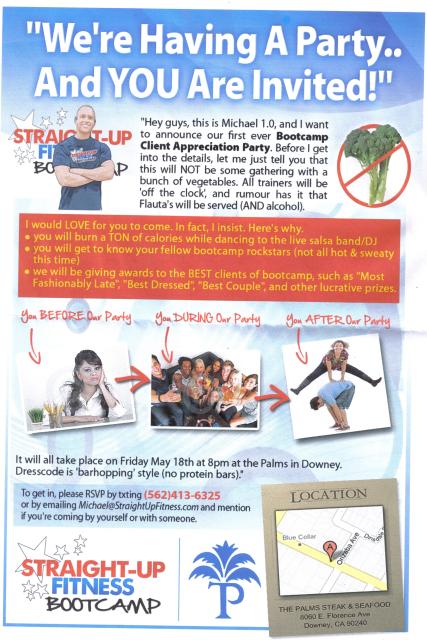 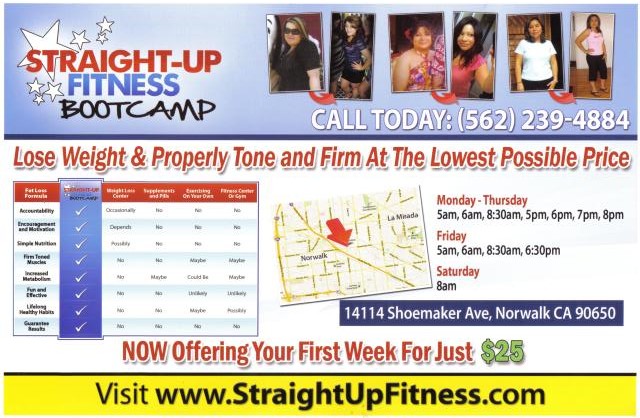 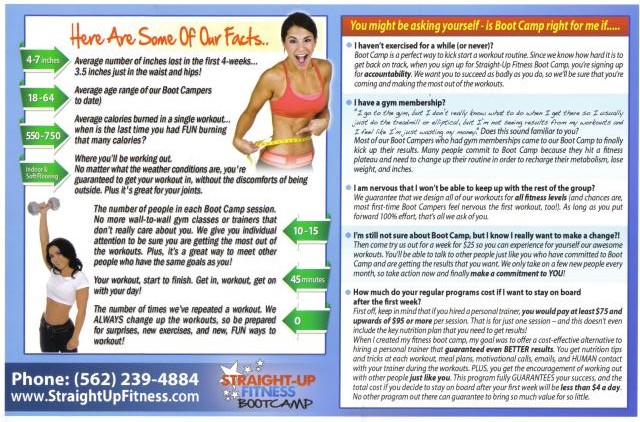