Have The Courage & The Character To Persevere 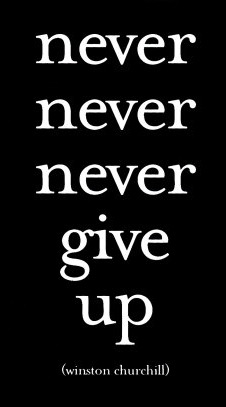 You don’t have to necessarily have the best body ever viewed or the most knowledge of training routines. You do, however, need to have the courage and the character to persevere. You need to have the driving spirit that says “No matter what, I will never give up and I will never quit.” This trait is a must for world-class professional athletes. In this world, 95 percent of people waffle between wanting success and not wanting to put the work in to get it. Are you part of the rare 5 percent who will not relent until you’ve found and employed a winning strategy to succeed?

Sylvester Stallone is one of my favorite examples of a winner with true grit and perseverance.

During his birth, the obstetricians accidentally severed a nerve when using forceps to get baby Stallone out. As a result, the lower left side of his face was paralyzed. He had a tumultuous childhood, bouncing between foster families as his parents fought like cats and dogs and fighting bullies at school who made fun of his deformity. Yet, the Sylvester Stallone we know of today was the star of the Rocky and Rambo film series. He’s a supreme bad-ass whose signature look makes him unique and memorable. When he tried to market the script for Rocky, nearly every Hollywood executive imaginable rejected it. Even though only one studio would consider him, he didn’t give in to the first offer. He refused to sell the script for a flat fee and demanded that he play the starring role and receive the compensation of a star. Was he the only actor who could have played that role well? Probably not. Was he the only person who ever wrote a decent script? Certainly not. What Sly Stallone had that no one else had was not talent, but perseverance. He knew he had a hit and he stuck with it.

Why is it, then, that some people are able to see a project through, while others can’t stick with something long enough to see success? In few cases, life events can distract a person from the goal at hand – for example, the death of a loved one or the loss of a job. Yet, most times, people suffer from sloth. They want the magic bullet… easy street… the path of least resistance. They don’t want to take the time to read and acquire new knowledge. They want it all handed to them. They don’t want to learn and try new things in their business. They don’t want to invest money into marketing their business. They want to give up when the going gets tough. These people are losers.

The real winners have optimism coupled with pragmatism. They are opportunity seekers, rather than pleasure seekers. They enjoy a hard day’s work and view every setback as an opportunity to learn something. They know when they have a good thing and every fiber of their being is invested in the pursuit of greatness.