Fitness Marketing Law #9 – The Law of the Opposite

As humans, we have strengths and weaknesses and businesses, products, and services are no different. Really think about this next line – In strength lies weakness. As a fitness entrepreneur you must know your own weakness as well as your competitor. To know both gives you the strength for attack. 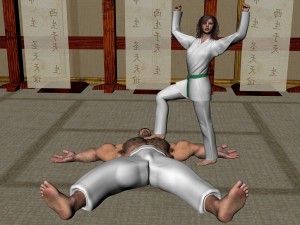 Take for example the art of karate. Why is it that a 5’2”, 105 pound girl can take down a 6’2”, 220 pound dude? His size and power may be his strength but it can also be his weakness. The 5’2” girl is taught to use the opponent’s strength to take him down. As a fitness entrepreneur, you can do the same.

We’ve discussed being first in the prospect’s mind is the best, being on the first step of the ladder is also good, and how being on step two can be just as profitable. Where entrepreneurs make mistakes is when they try to be better or emulate the leader. If you know you’re on the second step then establish a strong hold of that step. Study the brand above you. Find out its strength and make it a weakness in the prospect’s mind. 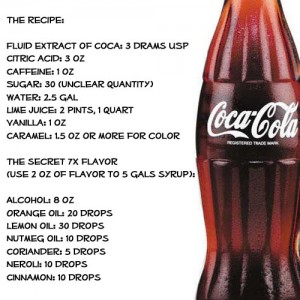 Coca cola has been around for over 100 years and only seven people know the Coke recipe. It’s an established and respected brand sometimes being associated with the older generation. Pepsi-Cola used the law of the opposite to launch a brand for the new (younger) generation called, the “Pepsi Generation.” They got Cindy Crawford to market Diet Pepsi in the hot commercial where she steps out of a red Lamborghini and gets a diet Pepsi from the Pepsi machine and is oblivious to the two young boys watching her drink the soda. This was a brilliant way to reach the younger “new generation”. Heck I’m sure it got some old guys drinking it too!

There are two types of people who purchase products: those who buy from leaders and those who don’t. Pretty cut and dry. If the No. 1 spot is taken you have to appeal to the latter of the group. By positioning your business against the leader, you solicit business away from all other competitors. Remember, in this case, it is your goal is to appeal to the market who doesn’t want to purchase from the leader. 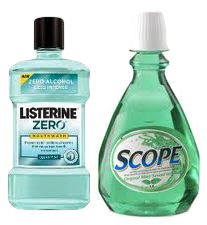 Sometimes you need to be blunt in your marketing strategy. Scope and Listerine have been battling for years. Listerine has been around since 1915 and was the first in the prospect’s mind. Scope was introduced in 1966 by Proctor & Gamble (remember that name)? Scope knew Listerine owned the first step on the ladder so they honed in on the brand’s weakness (the medicine taste and burn) and advertised the opposite. They marketed Scope as the “good tasting mouthwash that kills germs”. Listerine is supposed to be the leader for killing germs, but not all prospects can handle the medicine taste and if Scope can kill germs and taste much better than that is what the latter half will buy.

When aspirin was linked to stomach bleeding, Tylenol was launched as the alternative for those who cannot take aspirin. Today, Tylenol actually outsells aspirin and is the biggest selling product in American drugstores.

As a No. 2 brand you cannot be timid. You have to always focus on being the best in your category and never stop focusing on the No. 1 brand. If you do, you become vulnerable to the leader and the other competition. Always look for the weakness in their strength and do the opposite. Focus on the group who wants Scope or Pepsi and you can be just as successful and Coca-Cola and Tylenol.