Fitness Marketing Law #7 – The Law of the Ladder 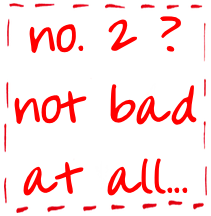 Picture the steps on a ladder. You need to get into your attic and can’t without the use of a ladder. You climb on up but actually don’t need to use the top step in order to climb inside. This is the same strategy with the law of the ladder and marketing your product. You always want to do your best to be first in the prospect’s mind, but that doesn’t mean being second or third isn’t profitable.

Example: Hertz Rent a Car was the first car rental place to land in the prospect’s mind and it’s the largest car rental company with more than 8,500 locations. When you think of car rental Hertz is probably the one that pops in your mind. But what others do you think of? Enterprise? Avis? Both of these are in the top three for car rental companies. Enterprise has 7,600 locations and Avis 6,500. And even though Hertz is the largest in the industry and was the first in the prospect’s mind, Enterprise had higher revenue at the closing of 2010 earning $12.6 billion. Hertz was 5 billion less at $7.6 billion and Avis closed at $5.9 billion.

Enterprise and Avis knew Hertz owned the position in the car rental business, but they also knew being number 2 and 3 wasn’t bad either. So, they positioned themselves on a different step of the ladder in the prospect’s mind. Enterprise’s slogan is “need a car, we’ll pick you up”. Today’s society wants convenience so when one needs a car rental, they now think of Enterprise because they will “pick you up” – convenience! 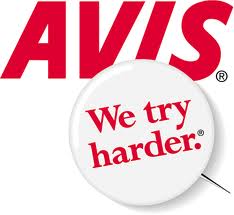 For the longest time Avis had been number two under Hertz and every year they lost money. Avis recognized and acknowledged their position as number two on the ladder and publicly embraced it by saying, “We are No. 2, we try harder.” This tells the consumer they will work harder to satisfy their needs. By embracing being number 2, Avis finally made a profit.

Both companies were smart in knowing their position in the law of the ladder. As a fitness entrepreneur you need to do the same. Don’t compete with a competitor to the point of losing money. If another business is on step one on the ladder, then you find a way to be unique and successful on step two or three of the ladder. Look at Enterprise’s profits. They made $5 million more in 2010 than Hertz!! And Avis changed their sales to profits instead of a loss.

The law of the ladder is like an order of hierarchy. Your product or service is a ladder in the prospect’s mind. How many steps does your product have? Is your product of high or low interest to the prospect? Products that are used every day such as: cereal, toothpaste, deodorant, and cosmetics, have high interest with many steps on the ladder. Products purchased more infrequently like: furniture, laptops, and lawn equipment, have less steps. Products that deal with a prospect’s personal pride such as: cars, watches, and purses will also be of high interest and have more steps on the ladder.

There’s a direct correlation between the portion of the market your product represents and where you stand on the ladder in the prospect’s mind. It’s been said that your product share will be twice the amount of the product below you and half of the one above you. The analogy doesn’t always hold true with exact numbers but the point being made does. An example is the case of Hertz, Enterprise, and Avis as mentioned in the beginning of this article.

The last important part of this topic is the amount of steps on a ladder. The rule of thumb is seven (and this applies more to high interest products). The brain, for the average person, is equipped to handle approximately seven items at a time. Think about the number 7 and all the things we remember that have seven digits or the number 7 in it. Phone numbers are seven digits (without the area code); we have the Seven Wonders of the World, seven card stud, and heck, even Snow White and the Seven Dwarfs. 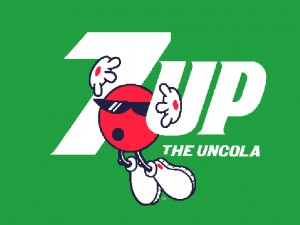 If the prospect’s mind is apt to have seven steps, then you need to be somewhere between one and three. Coca cola is on step one, so 7-Up marketed their soda as the “uncola” and climbed the ladder to the number 3 spot on the cola chain! Just remember, when it comes to your product and the steps of the ladder in the prospect’s mind, sometimes it’s better to be second or third.