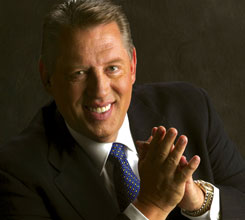 How does anyone become better at what they do? They learn by their mistakes. John C. Maxwell, a well-known motivational author, says “you must fail forward to success”. Entrepreneurs cannot fear failure. Some of the wealthiest entrepreneurs have made major mistakes but they did not quit. They failed forward. Again, I mention Donald Trump.

Entrepreneurs have to be willing to take chances and sometimes stick out their neck to reach success. By not taking chances you are giving the competition first shot at being first in the prospect’s mind. If you make a mistake or a product is not successful you can only fail if you don’t do anything to fix it. Recognizing failure and doing something about equates to success. If Xerox had used this philosophy they wouldn’t have spent 25 years and millions of dollars attempting to own the computer business.

The Japanese are probably the best with this strategy because they leave their ego at the door and admit early on when a mistake is made and make the appropriate changes to solve the problem. As a result the Japanese are fierce marketers. We can stand to learn from them. 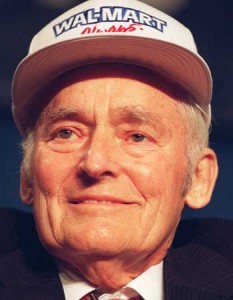 Sam Walton, CEO of Wal-Mart also has a fierce strategy that allows his management team to not fear failure. This strategy is called Sam Walton’s “ready, fire, aim” approach. Walton realizes nobody hits their goal every time, but he doesn’t want his employees to be afraid to try so he encourages their efforts and doesn’t punish them if their experiments fail.

Where some large corporations fail is having a personal agenda. As a result, things don’t get done unless someone in upper management receives a benefit. Wal-Mart is free from this disastrous agenda and you as a fitness entrepreneur needs to be the same. Your thought process and reward should always benefit your customer first. When you perform self-sacrifice and put your employees and customers first, the reward will come back to you ten-fold. 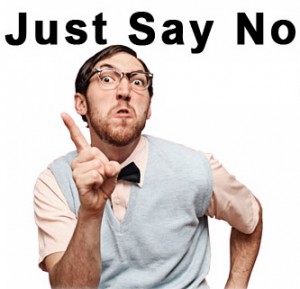 The biggest lesson to take from the law of failure is to know when you’ve made a mistake and cut your losses. You gotta know when to say NO! Winners are people who know when to quit. Again, this does not mean you are a failure; it means you are a smart entrepreneur.

Last, if you employ a staff and their participation is encouraged in marketing your product, do not chastise them for attempting a new concept. In fact, 3M, a $26.7 billion company, uses the “champion” method to publicly recognize the employee who successfully developed and benefited from the new concept. Offering your staff monetary rewards is not the only way to have them chime in.

I’ll say it again, leave the ego at the door, know when to cut your losses, and practice self-sacrifice. Do not be afraid to fail forward; to fail forward means to reach success!