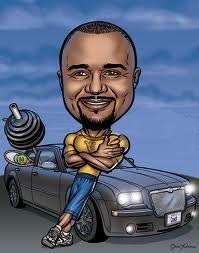 Success sometimes produces a big ego in a CEO’s head. His success often times leads to arrogance and it’s that same arrogance that can lead to failure. There is no room for ego when it comes to successfully marketing your business. In the fitness industry egos can be big, but as a fitness entrepreneur you gotta check the ego at the door.

Often times, successful entrepreneurs get an ego and become less objective. They think their strategies are the best and no one else is better than them. This may be true, but expressing it arrogantly is a dangerous attitude that can lead to financial hardship. 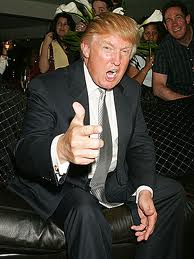 Who better to use as an example than Donald Trump. I spoke of him in the law of perspective and explained how his desire to put his name on everything cost him three bankruptcies. The Trump, as he is called, is known for having a big ego and is part of why he lost so much money is the late 90’s – early 2000. Don’t get me wrong, there’s nothing wrong with having confidence in your product and knowing you are at successful at what you do, but letting that confidence turn into arrogance is what can get you into trouble.

Some entrepreneurs are cocky because their name is their brand. Remember, it’s not the brand name that makes you successful. It’s the marketing strategy of making the right moves that does. Success comes from narrowing your focus and getting into the prospect’s mind first. Let this success inflate your ego causing you to be less objective and your success can turn into failure like The Trump.

Alright I’ve bagged a little on Trump and his ego but it is also that ego and his remarkable entrepreneurial skills that allowed him to turn his failure back around to success. Ego is beneficial when it is a driving force to developing business. Just leave the ego out of the marketing process. A smart entrepreneur has the ability to think like his prospects, putting himself in their shoes and not imposing his own view onto them. The customer’s perception is what counts in marketing, not yours.

Where some fitness entrepreneurs make mistakes is when they detach themselves from the customers completely. This tends to happen in big corporations more than smaller businesses, but when your ego gets in the way detachment happens quickly. You still need to find time to be interactive and be a part of your customers’ success. In the fitness industry relationships are important to success. Customers need to trust you and once they do they will always be your customers.

Don’t get out of touch with your customers. Stay involved in some of the basic stuff. Your ego should never get so big that you think you are too good for the “little stuff”. It’s that little stuff that leads to success. Be confident, not arrogant!