MAKING MONEY FAST IN “THIS” ECONOMY 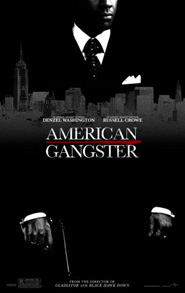 You can get rich quick legitametly too (and do it without a gun).

If you’ve got a success story, please send it over, because what I’ve been hearing lately has been crazy.

I get most of my feedback whenever I announce a free speed-coaching day to my program owners.  Since these calls aren’t frequent, I often get a lot of takers.

And wouldn’t you know it?  It’s my most proactive customers who always jump on them.  And beyond asking me specific questions they’ve got mapped out, they’re always reporting what they’ve been able to accomplish with a little kick in the ass from yours truly.

I recently talked to loyal owner of everything I’ve ever released, Rich Chessario, who has incredibly increased his income by 10x, from $10 an hour, to a minimum $100 an hour for any hour he puts into his business (he’s making close to six-figures, while still a full time college student).

Another program owner, Roger Blackshear, just attracted an A-List star client by using the word-for-word referral script he picked up from THE SIX-FIGURE TRAINER PROGRAM.

And another Super-Trainer product junkie, Dan Campos, has doubled his training business from when he first went independent on my advice last year, and has set the goal of doubling it again this year.

I mention these because they are dandy examples of people practicing and living ‘The Phenomenon’, a term that was created by Earl Nightingale about how you can at times in your life increase your results more in 12 months than in the previous 12 years.

If you talked to me 10 years ago, when I was frustrated college student doing what Mommy and Daddy wanted me to do with my life (makes my skin crawl just thinking about it), I would have called that hypey bullshit.

Since taking control of my life, I’ve achieved the phenomenon multiple times in my life in different areas, be it financial, social, physically, with travel, learning goals, and so on.

DO NOT MISTAKE MY PROGRAMS WITH A TRAINING CERTIFICATION, OR GOD FORBID, A SELF HELP BOOK FROM THE BOOK STORE.

They are a combination of marketing tactics, insider strategies, psychological principles, and sometimes just plain dirty secrets meant to help you make more in the next  year than you’ve got out of the last ten, or pretty damn close to it. 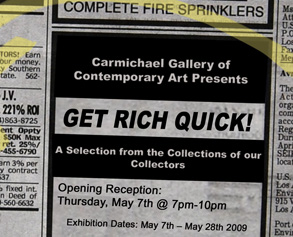 That’s why I have a belief that “Get Rich QUICK” as a real, practical, achievable, honest aspect of entrepreneurial life.

The phrase has negative connotations and is generally used with disdain by the media and the
ignorant. But there’s no real virtue in plodding along at the turtle’s pace for your entire entrepreneurial life.

At some point, why not enjoy a sprint? If you’re going to find fuel-for-the-sprint anywhere, you’re going to find it right here.  If you’ve been a follower of this site for a while, you’ve seen some great products come and go, but now I have a nice mix of products that are here to stay and a great that staff that is helping me bring more on the way.

A lot of fitness professional have a tidal wave of money banging against their door, but they’re busy shoving a couch across the door as a barrier. What is “the couch”? Oh, it could be the idea “This Business (fitness) Is Different” or “It Won’t Work In My Area”.

It could be fitness industry norms and traditions.

Or fear – of peer disapproval or of failure or of success, of “What Will People Think?”

It could be outright ignorance (curable) or lack of initiative and laziness or refusal to take full responsibility.

It could be what you heard at the top of the stairs while still a child or what you read last week in a “BS” book about marketing, sales or business written by some academic pretender.

It could even be the idea that you can’t get rich quick. There are lots of different couches.

Kind of cool, you don’t have to do much but move the couch out of the way, to instantly experience a lot of very different results.

How do you “move the couch?”  Network in your industry.  Get info from underground experts (not at a IDEA CONFERENCE).  And invest 5-10% of your income into your business education and execution.   That means if you’re making any money at all, you should own everything I’ve ever put out, just like the results-getters I mentioned at the beginning of this article. 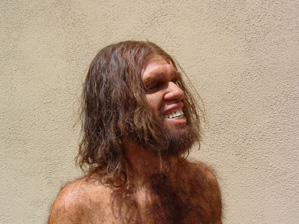 One of the things I’ve mentioned from early on is to ignore  negativity. And two, you have to be willing to be flexible and be willing to change.

What I means is should your business change, should you see certain promotions or efforts not working out well. You can’t take it personally; you can’t let it get into you.

What do I think about the negativity that you see in the media and the doom and gloom?

Well, there are two things. First of all, we can’t really ignore that at least some kind of weirdness in the economy. I’m certainly not an economist. I got into the stock market as an investor, like, fifteen minutes while this down turn occurs and immediately lost 10%, but have rebounded VERY nicely.

But clearly I’m not any sort of economist, but there are two things that are going on.

First of all it’s easy to sell bad new. It works. There’s a reason why newspapers always have the automobile crashes, and everything, on the front cover.  We are programmed that we look at that stuff and pay attention to it.

So the media is a business just like any other business. The more people they have paying attention to them, the more money they get. And the way that they get that money is they feel that their their viewership and readership are attracted to “doom and gloom”.

So I think that needs to be taken into strong consideration when we’re getting the information which incidentally is why I simply refuse to watch the news. I watch SportCenter, the NBA Channel, League Pass, UFC Channel, and some New York 1 (our local channel), and I read the New York Post for entertainment.   But I do not actively seek out any major news source.

How is the economy affecting your fitness business? I really don’t care, because I refuse to participate in any sort of recession or economic “throw down”.

Who says you have to participate in that in the first place. I’m not going to; I had the best quarter of my life in the past three months. It’s your life; you can do what you want to do.

The second thing is, when and if you do decide to pay attention to the news, it’s very easy to find yourself in the place of reactive fear.

So the first of all we’ll discuss pro-activity vs. reactivity. Pro-activity means, “I’m going to make a million dollars, and here’s exactly what we’re going to do and go out to do that starting tomorrow”.

Reactivity is, “This happened to me, what’s my reaction supposed to be?” 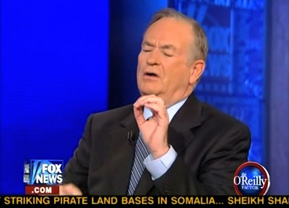 So we see the news and we see people lost their jobs, it’s easy to get into the state of reaction.  The fear of course is obvious. You hear these stories of foreclosures and lay offs, and you say, well that could be me. Just like when if you hear news stories of an outbreak in Asia somewhere, and you start thinking, I got a rash too, I have bird flu. It’s just human nature.

So what happens is in this state of reactive fear, is that people think, well, you know I’m just going to sit it out and wait. That’s what we do. We’re scared, we wait and see what happens to see if the economy turns around or gets better. It’s completely counter productive and it’s an almost guaranteed way to go broke.

In times of economic prosperity, which I still think we’re in compared to other parts in our history and culture or in times of an economic “downturn”. The only thing you can do to prosper and continue growing is to sell stuff, and in your case, that means sell and market your services.

The more you sell, the more money you make. Sounds basic, but people forget about it. They say, “well, let’s just sit in here, hide out, wait it out and see what’s going to happen”. That doesn’t sound like taking action to me

Compare yourself to being in the dessert, with like half of a canteen of water. You could thinking, “Ok, I’m in a dessert running a little on water. I guess I’ll just sit here and wait for it to rain.”

The theme I’ve been getting at above in case you haven’t caught it is that you can make as much money this year (meaning upcoming 2011). You can make this the best year of your entire life.  But in order to do that, you have to ignore kind of everybody else with their negativity and doom and gloom. 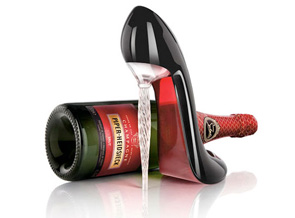 Something I mention over and over again in my programs is that typically most consumers spend everything they make, especially the American’s in the U.S. We are a consumption society. People just buy, buy, buy.

Even though things are tough, people aren’t just going to take all their income and just sit on it. People still need to live. One of the markets that usually is almost recession proof is the entertainment business.

Take Halo Reach for example. They did $500 million in the first day of sales of the video game. There are still movies in the theatre making hundreds of millions of dollars. The vice market as well, people with vices like gambling or certain hobbies or certain things that they’re really into. That’s one of the last places where they’ll stop spending money.

That means that if your fitness business is something that they enjoy, they’ll continue to spend on it – bottom line.  And if they’re still out there eating and being gluttonous, they’re going to need your help to reign themselves in.

The bottom line is that it’s all a matter of your perception.

And one more thing I tell all my program owners (remember, only the ones that get results usually contact me) is that you’ve been growing your business in probably the worst economic time to sell a service like that.  As the economy continues to rebound, what do you think is going to happen?  You’ll be in a position for continued, rapid, and almost automatic growth.

I’ll leave you with that for now.  I got through the last round of speed coaching calls today, have been hearing about how well a lot of my program owners are doing, and just had to get that off my chest.  Because I’m not stupid enough to think that EVERYONE gets the same rapid results.  It’s just that there are reasons some do, and some don’t.  You just have to decide which category you want to be in.