My content gets passed around more than Jenna Jameson at her day job.

You know, I’ve got a confession.  These days, my web articles are getting passed around more than Jenna Jameson.

Case in point is an article I posted on Georgette Pann’s The Fitness Bootcamp Club (http://thefitnessboot – campclub.com/) blog last month.  It was a huge article, going into detail about a lot of the aspects of starting a personal training studio.

A portion of that article showed up as part of the free training course on starting a studio at mytrainingstudio.com, and now you can find it one more place too: as part of my column this month for PERSONAL FITNESS PROFESSIONAL MAGAZINE.

At least the good part is that a lot of people are going to see it, because it deals with some important stuff.  The part of the article I’ve been syndicating in particular is about how to combine group training and private training as part of ONE training business.

These days, you’ll find most trainers taking a hard stance of “either or”.  They are either full-on bootcamp devotees; and the other side thinks that bootcamps are a cop-out and not real training.

And from the training perspective, groups and private training both have their benefits that go beyond just their profit potential.  But since all of that talk is just “academic” if you’re not getting paying people in the door, let’s get into some of the key profit points when it comes to bringing group and private training into the same business.

For that, you guessed it, I’m reprinting this month’s article form PFP for you ONE MORE TIME right here too (I guess this means that every trainer alive has seen it)! 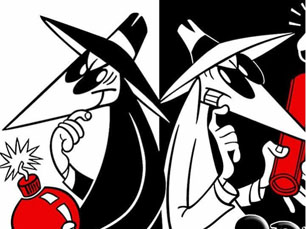 Hey bootcamp coaches and private trainers: can’t we all just get along?

The article from PFP was directed mainly at the training business owners; it was to encourage them to bring group training into the fold.

But if you run bootcamps, don’t rule out the possibility of bringing private training as an added service, especially if you’re thinking training studio in the near future (and you should be).  Here are a few reasons why:

– A certain percentage of the population is going to demand private training; they’re just conditioned to through the media.

– A certain percentage of your group-ex clients will “ascend” up the ladder to higher priced, more exclusive services.  That goes for anywhere from 15%-30% of your customer base.  It’s just human nature to want the “platinum” option, so by not having private training as an option, it’s a ton of money getting left on the table.

– No one is saying that you have to stop the camps or do the private training yourself.  So what that means is you can have a strong revenue channel working for you around the clock.  Trust me, it makes a difference.

In the STUDIO START-UP PROGRAM, we cover this in detail.  It’s covered in a full module of the course, including everything you need to position it (ie. make customers want it), sell it, and staff it (so you’re not doing the training).

But in the meantime, I hope this article sets off some light bulbs and starts you thinking about other income channels that you may not have really entertained before, but should be more open minded about in the future.  Here you go:

When it comes to boot camps and group training, you’ll find most trainers have an either/or attitude. You’ll find them taking a stance behind one or the other business model and defending their position aggressively.

Drawing such definitive lines in the sand about the types of services you provide is a big mistake, especially when these services stand to make you much more money. Both models have their benefits and can lead to exceedingly strong businesses. And here’s another thing — if you’re smart, you can make them both work under one roof or as part of one training practice.

From the standpoint of the personal trainer, for your studio or private training practice make as much as possible, running boot camps is a must.

If you’re afraid of the two services conflicting, the difference is in the marketing. When you have only a boot camp, you’ll market it as a be-all and end-all, and you should. You have to take the position of marketing it as better than private training, because that’s what you’re competing against in some cases.

But when you have a training studio, you have to position your boot camps differently. You obviously won’t be giving it the same positioning as your other training services. If you do make it sound like that you’ll make people think “Why the heck do I need the personal training when I can just take the boot camp?”

You need to make this decision early on because there are a lot of reasons why you don’t want to be without boot camps in your training studio. 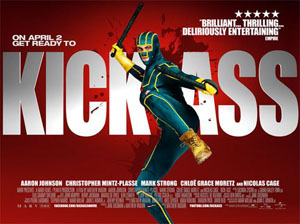 First of all, boot camps are a tremendous lead funnel. Since a boot camp doesn’t cost you any more overhead if you have more clients in the class, it allows you to be more flexible in terms of the offers you put out. You can just plain get more people into your business by having boot camps as one of your offerings.

They are also a great way to get referrals through free trials and “bring a friend day” invitations to existing clients. Another thing you have going for you is that people are more likely to join with a friend when you have a boot camp, which means you get more bang for every new lead. Like they say, women don’t even go to the bathroom alone, so if you have a service that’s easy for people to do with a buddy, they’ll take you up on it!

Boot camps are also recession-proof. They can be a slack adjuster even during a down economic time. A lot of trainers felt a huge crunch two years ago from the recession and some are still feeling it. But having a boot camp as an added service allows you to keep clients even if their financial situation changes and continue attracting new ones even if people are cutting back their spending.

Your camps can attract a different market than your private training. There are plenty of people in any community that are good, hard-working people and excellent candidates for your business, but for whatever reason won’t turn into private training clients. Maybe they get bored working one-on-one and want a social environment. Maybe they can’t afford private training. Or maybe they just can’t conceive of themselves spending that much money on private training. Whatever the reason, boot camps create an additional revenue channel for you to get ALL of the money!

A trainer really needs to think creatively on how they can bring boot camps into their business, because there are a lot of good reasons to do it. They bring in more leads, lead to better retention and are an additional revenue channel, so it’s hard to think of a good reason not to.