Ethics And Integrity In The Fitness Business 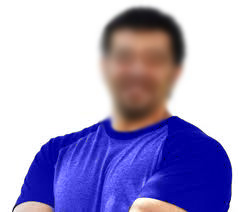 I am writing this per the request of Sam to share my story. The dates, numbers and specifics are to the best of my recall and are ROOTED IN FACT.

There has been much discussion about ethics and integrity in the fitness business arena for many months to many years. I personally cannot substantiate all of the claims (well over 100 I’ve heard/read myself) but I have no reason to disbelieve them either.

Many people have asked about my prior association with, let’s just call him “B”.

Back in 2006, when the Fitness Business Summit was just an idea, I was involved from its inception.  I am not claiming I came up with the idea or had ownership.  I did not.  However, I was intimately involved with many, many aspects of its launch and facilitation.

I learned a lot from the experience.  I learned that all though my intentions were always good, I came across arrogant to some.  I think I was.  Stupid, yet, it was true. It was a great lesson and the beginning of a dramatic and important shift in my thinking and my life.  The rest I owe to my wife Kelli who has enhanced my life a great deal.

I also could have done a better job with email blasts to promote the event. My staff was to handle it and did not complete all tasks. However, I own the company and have to assume responsibility.  I do.

I don’t recall exactly, but just before or just after the FBS event, we decided to put on “The OC Fitness Expo”  – a consumer health and fitness expo at the fair grounds here in Orange County.  B had the job of getting all of the corporate sponsors. That money was to be used to fund a good portion of the event.  My jobs was to secure vendors, speakers and work with the fair grounds. I don’t remember who handled the web site.

The time came to pay the fair grounds for the lease for the space. I had collected about $15,000 or so from vendors as a deposit so they could exhibit their goods/services.

The specific number eludes me.  However, because B had secured ZERO SPONSORS and apparently had done no work at all on the project, but wanted to go forward, we had to pay the fair grounds to keep the deal alive. The belief by all was that sponsors would be acquired.

Weeks before the event, it became obvious there were no sponsors, no money, and we were in trouble. Due to the agreement with the fair grounds, we could not get the deposit back.  Believe me, I tried, I tried, I tried.  No luck.

So, now we could not go on with the event and the money from the vendors was gone.

I felt terrible. I thought, “what where we going to do?“

So, I called B and asked, “What should we do to make this right for everyone?”

His reply was quick and certain.  He said, and I quote, “Fuck them! I’m twice removed”.

Let me explain what that means. When we formed the new company for the expo, each of our companies owned 50% of the new company.  That means when a company owns another company, the owner of the first company is personally removed from financial responsibility from the second.

So, “legally” he/we/I did not owe anything to anyone.  “Ethically” it’s completely different. Ethically we owed a lot to the vendors.

After he said that, we never spoke again. I paid back the vendors out of my own pocket. Why? Integrity, ethics, morals and doing the right thing.  Did I miss anything?

In the recent past, our Adventure Boot Camp owners were “solicited” to jump ship and try his boot camp “system”.  By “system” I am referring to what others have called “egregious ethics violations”.

Yes, it’s a free country and we are all entitled to make a living and get customers.  No doubt.  I won’t go into the ethical details.  Let’s just say the tactics used to lure owners gave people a good case of “the creeps”.  Their words, not mine.

To, you, the reader and the fitness pro, I want to leave you with a few questions, rather than making a declaration…

Why do you think that the vast majority (bordering on all) of the top fitness business and marketing experts in the world no longer associate with B?  Why?  Why would that happen? Why are their blog posts all over the web telling self-described horror stories of tactics/ethics used by B?  Why? Why have so many of the industry’s “leaders” decided to work together to serve the industry (you) with one obvious exclusion? Why?

PS – Fact/Truth is the best defense